You are here: Home / Vaccine Safety / Vaccines … Cancer in a Syringe! 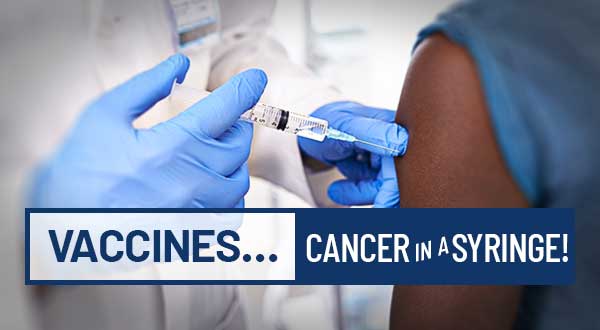 Vaccines are the sacred cow of modern medicine, or as my friend, Robert Scott Bell, often declares, “The Church of Biological Mysticism.” The first vaccines (smallpox) were derived from pus and blood scraped from sores on cows and horses, then put on a lancet, scalpel, or needle and jabbed into someone’s arm.

“Blood and pus, anyone? How about some feces?” Do you think it’s a good idea to inject our bodies with blood and pus from infected animals? That’s not only disgusting, it borders on insane. But that’s where the modern practice of vaccination originated. And it’s only gotten more repulsive and more insane since the smallpox vaccine.

Vaccinations are another of conventional medicine’s colossal blunders. The absurd idea that vaccines protect you from infectious diseases and increase immunity are blatantly false. Health “authorities” credit vaccines for disease declines and assure us of their safety and effectiveness, yet these assurances are directly contradicted by government statistics, published medical studies, FDA and CDC reports, and the opinions of credible research scientists globally.

Vaccines contain additives, preservatives, and adjuvants, which are supposed to increase the body’s immune response to the vaccine – substances like mercury, aluminum, formaldehyde, MSG, squalene, and antifreeze.

Medical research has well established that the direct injection of foreign proteins and other toxic materials (listed above) makes the recipient more, not less, easily affected by what he/she encounters in the future. This means they do the opposite of immunize, commonly even preventing immunity from developing after natural exposure. I have heard vaccinations described as “toxic cocktails” of the most noxious substances on earth. 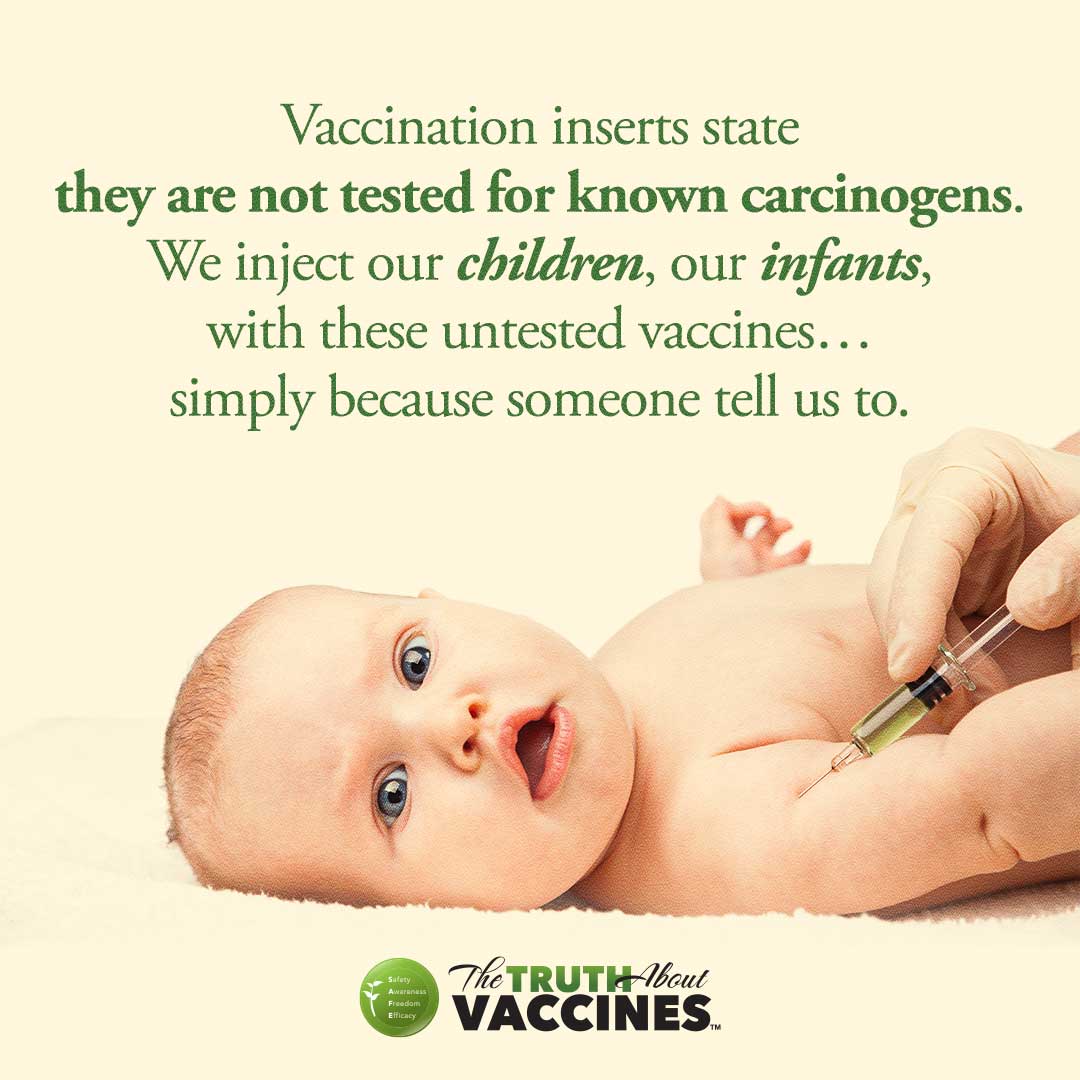 But let’s focus on CANCER.

We’ve all gone grocery shopping.You know if you look at the label you will get a general idea of what is contained in the product. That is how you find most of the nasty ingredients in processed foods. Not so with vaccines!

By law, doctors only have to give parents the vaccine information sheets, but not the package inserts. You can find them here.

Do a search for the term “carcinogenesis” (literally “cancer creation”) on the product insert for any vaccine. You’ll see the following common phrase regarding most vaccines,

This vaccine has not been evaluated for its carcinogenic or mutagenic potentials or impairment of fertility.”

Huh? The inserts say that vaccines are not tested to see if they are carcinogenic. Seriously?

How can we inject these dangerous, toxic concoctions into our infants and children without knowing whether or not they cause cancer?

So, since specific vaccines are not tested to see if they cause cancer, let’s take a look at some common vaccine ingredients and look at the medical literature relating to these specific ingredients. Following are a few cancer-causing ingredients, neurotoxins, and immune-destroying ingredients that are in most vaccines: 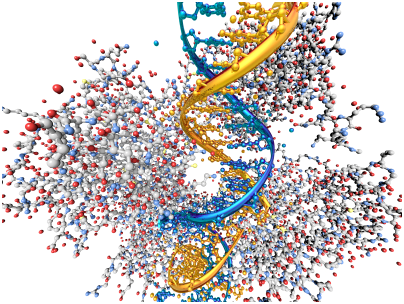 The Physicians’ Desk Reference (PDR) states that in addition to mercury, aluminum, and formaldehyde, vaccines may also contain SV40, bovine serums, latex, neomycin and other known carcinogens and allergens. Many of these toxins are injected into the bloodstream of babies as young as one day old. In fact, no long term testing for efficacy or safety for any vaccination has ever been done. Essentially, Big Pharma is using our babies as their own guinea pigs.

In 2002, the British medical journal Lancet published compelling evidence that contaminated polio vaccine was responsible for up to half of the 55,000 non-Hodgkin’s lymphoma cases that were occurring each year.What was it contaminated with? SV40 – a carcinogenic monkey virus! The puzzle began in 1994, when Dr. Michele Carbone, a Loyola University researcher, found the virus SV40, which had never before been detected in humans, in half of the human lung tumors he was studying. Since then, 60 different lab studies have confirmed the results, and SV40 has been found in a variety of human cancers (brain, lung, bone, and lymphatic).

In 2011, Dr. Maurice Hilleman made astounding revelations in an interview that was cut from The Health Century. In the interview, Hilleman admitted that Merck drug company vaccines had been injecting dangerous viruses into people worldwide. Keep in mind that Dr. Hilleman was the developer of Merck’s vaccine program. He developed over three dozen vaccines, more than any other scientist in history. He was a member of the U.S. National Academy of Science, the Institute of Medicine, the American Academy of Arts and Sciences, and the American Philosophical Society. He received a special lifetime achievement award from the WHO. 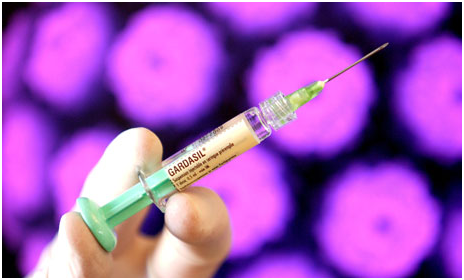 When we see the term “cancer vaccine” in connection with the HPV (human papilloma virus) vaccine, we may naturally assume that  it prevents cervical cancer in young girls and women, yet there is no evidence whatsoever that this is the case. As a matter of fact, one of the most disturbing observations which deserves serious investigation concerns the almost 45%  increase in risk of precancerous lesions after the Gardasil HPV vaccination! In other words, the HPV vaccine may increase the risk of other cancers!

I conclude this article with a quote from Dennis Turnbull,

I have no hesitation in stating that in my judgment the most frequent disposing condition for cancerous development is infused into the blood by vaccination and re-vaccination.”

→
Next
Dr. Sherri Tenpenny: The Dangers of Vaccines (video)