You are here: Home / Vaccine Safety / Tennis Pro Says ‘Season Is Over’ After COVID Vaccine Injury; NBA Players Stand Firm Against Getting Vaccine 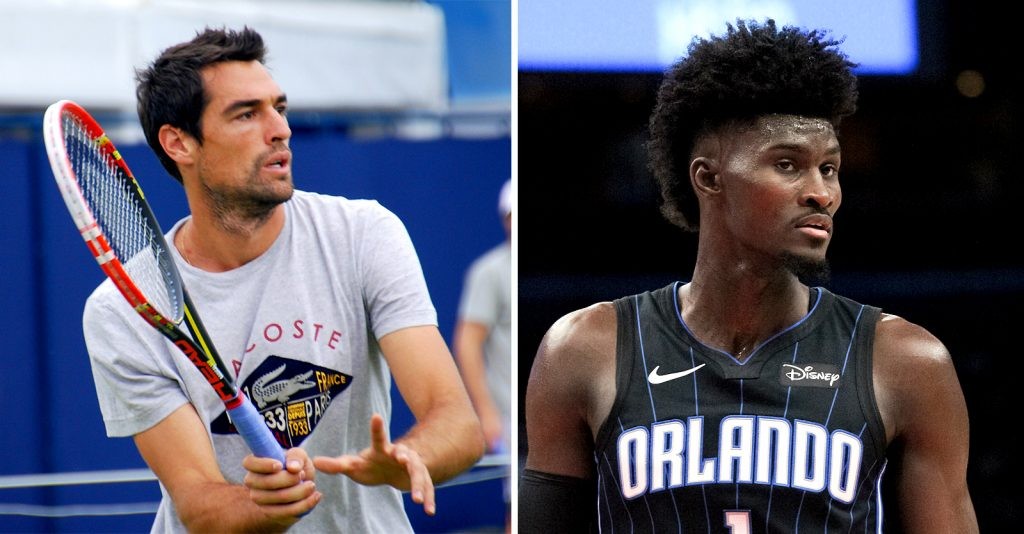 Professional tennis player Jeremy Chardy — formerly ranked 25th in the world — said his 2021 season is over thanks to a “series of problems” he experienced after getting a COVID vaccine.

Chardy, 34, received his Pfizer vaccine between the Olympics and U.S. Open — where he was knocked out during the first round by Matteo Berrettini.

“Since I had my vaccine, I have had a problem, I’ve had a series of struggles,” said Chardy. “Suddenly, I cannot train, I cannot play. I prefer to take more time to take care of myself and be sure that in the future I will not have any problem, rather than trying to get back on the court as quickly as possible and find myself still having health problems.”

Chardy told AFP he was suffering from movement-limiting pain — which caused violent pains all over his body as soon as he made any physical effort.

“I don’t know what to do,” Chardy said. “The problem is that we have no hindsight on the vaccine. There are people who had similar [side-effects], but the durations [of the issues] were really different.”

Chardy said he regrets taking the vaccine, but he couldn’t have known.

“Now I have been to see two doctors, I have done some tests so I know what I have, and the most important thing is to take care of myself,” said Chardy.

Last month, Stefanos Tsitsipas, ranked No. 3 in the world, expressed reluctance about getting vaccinated.

“The COVID-19 vaccine has not been tested enough because it is new and has some side effects,” Tsitsipas said in August. “I know some people who’ve had them. I’m not against it, I just see no reason for someone in my age group to be vaccinated [yet].”

“For us young people, I think it’s good to pass the virus because we’ll build immunity. I don’t see it as something bad. As I said, it isn’t obligatory, everyone has freedom to decide for themselves what’s right and what’s not.

“At some point we should all do it, I’m not saying the opposite. The time will come when we will not be given many options, but until then I want to see a better version of the vaccine that gives us more pluses than minuses.”

As it stands, Chardy cannot estimate a time when he will return to competition. “In my head, it’s difficult, because I don’t know how long it will last,” Chardy said. “For now, my season is stopped, and I don’t know when I’ll start again.”

Chardy is not ruling out a possible retirement in the short term, as early as 2022.

“I turn 35 in February, so for the moment I’m maybe a little bit negative, but this is the first time the idea that next season might be my last has crossed my mind,” Chardy said. “I’m thinking about it … It’s difficult because I was enjoying myself and I wanted to play longer.”

More than 90% of NBA players have been vaccinated against COVID, according to the league, and the remaining team personnel will be, too, by the season’s start in three weeks.

However, a few high-profile players are standing firm in their positions against COVID vaccines, while others, like lead scorer Kyle Irving with the New York Nets, have declined to say whether or not they will comply with vaccine mandates.

On Monday, at Orlando Magic Media Day, Jonathan Isaac answered questions about his decision not to get the vaccine — a decision that potentially could lead to missing games based on the NBA’s protocols in various cities.

His response came days after he was labeled “proudly unvaccinated” in a Rolling Stone article on the NBA’s anti-vaxxers, which Isaac said on Monday “badly misrepresented.”

​​“I am not anti-vax, I’m not anti-medicine, I am not anti-science,” Isaac told reporters Monday. “I didn’t come to my current stance by studying Black history or watching Donald Trump press conferences (as the story states). I have nothing but the utmost respect for every healthcare worker and person in Orlando and all across the world that have worked tirelessly to keep us safe.”

“My mom has worked in healthcare for a really long time. I thank God and I’m grateful that I live in a society where vaccines are possible, and we can protect ourselves and have the means to protect ourselves.

“But with that being said, it is my belief that the vaccine status of every person should be their own choice. Completely up to them without bullying, without being pressured, without being forced into doing so. I’m not ashamed to say that I’m uncomfortable with taking the vaccine at this time. We’re all different. We all come from different places. We’ve all had different experiences and hold dear to different beliefs. And what it is you do with your body when it comes to putting medicine in there should be your choice, free of the ridicule and the opinion of others.”

Isaac said he had COVID in the past and acquired natural immunity.

“I understand that the vaccine would help if you have COVID, you’ll be able to have less symptoms from contracting it,” Isaac said, “but with me having COVID in the past and having antibodies, with my current age group and physical fitness level, it’s not necessarily a fear of mine.”

Isaac noted the vaccine could decrease his chances of having a severe reaction to the virus, but could open him up to the possibility of having an adverse reaction, “albeit rare,” to the vaccine itself.

“I don’t believe being unvaccinated means infected or being vaccinated means uninfected. You can still catch COVID with or with not having the vaccine,” Isaac said. “I would say honestly the craziness of it all in terms of not being able to say that it should be everybody’s fair choice without being demeaned or talked crazy to doesn’t make one comfortable to do what said person is telling them to do.”

When addressing a question on vaccine hesitancy, Isaac said he is hesitant at this time because he doesn’t feel that it is “anyone’s reason to come out and say well this is why or this is not why, it should just be their decision.”

Bradley Beal told reporters on Monday he also has not received a COVID vaccine. The Washington Wizards guard who missed the Olympics because of his non-compliance with COVID protocols, cited “personal reasons” for his refusal, while questioning reporters on breakthrough cases, natural immunity and the COVID vaccine’s inability to prevent COVID.

Andrew Wiggins, Golden State Warriors forward, also declined to take a vaccine and applied for a religious exemption with the NBA to opt out. The NBA denied his request last week — putting his status for Warriors home games in jeopardy, Yahoo! sports reported.

Wiggins didn’t explain his rationale for avoiding COVID vaccines saying, “It’s none of your business” — and was reluctant to engage the subject at all during his first meeting with reporters since the season ended in May.

“Anything that has to do with my status, vaccination, it’s a private matter,” Wiggins told reporters. “So, I’m going to keep it personal and private.”

If Wiggins doesn’t get vaccinated, he won’t be allowed to play in Warriors home games, NBC Sports reported.

What’s clear is that Wiggins’ principles are guiding his resistance, NBC Sports.com reported.