You are here: Home / Vaccine Safety / Are Vaccines Damaging Our Children’s Brains? (video)

Charlene Bollinger: It’s a scary thought to know that our children are forced to have so many toxic vaccinations injected into them so early in their developmental stages.

Ty Bollinger: Yes, it certainly is. So, let’s go back to our 2017 LIVE event from Orlando and listen to our friend Larry Palevsky speak about vaccine damage in the new American childhood.

Dr. Larry Palevsky: In 1987, I took an oath of “First, do no harm.” And over the years, I’ve realized that there is conflicting information.

There is conflicting information. There are conflicting studies about whether or not we may be doing harm to our children, their brains, and their immune systems. So, I’d like to talk about a list of neurodevelopmental and chronic illnesses that we’re seeing in children today. As you see from this slide, currently in the United States, we have 1 in 3 children who’s overweight, we have 1 in 6 that has learning disabilities, we have 1 in 9 that has asthma, 1 in 10 with ADHD, 1 in 12 has food allergies, 1 in 20 has seizures, 1 in 45 males with autism, 1 in 68 with autism, and 54% of children have at least 1 of 20 chronic illnesses or are overweight.

So, what I’d like to do is just show you where these studies come from, because the data are from published studies. So, in the Pediatrics journal in 2008, there was a published report showing that 1 in 6 children have at least one neurodevelopmental disability, including autism, seizures, learning disability, speech delay, PDD/NOS, learning disability, hearing disorders, and most of them are boys.

So, in January of 2016, a study was published showing that 1 of 20 children under the age of 5 is now suffering from seizures.

What is a seizure? A seizure is high amounts of inflammation in the brain. And of course, in this 2012 CDC published material, 1 in 68 with autism, crossing all socioeconomic bounds, any wealth group, any poor group, any white group, any black groups, any Latino groups, any Asian groups. It crosses all ethnic boundaries.

So, this is the new childhood in America, and are you concerned? Is there a problem going on? Is something going on in the immune systems and in the nervous systems of our children? So, what are we doing to our children’s brains? And you will hear unequivocally that vaccines are unrelated to any neurodevelopmental challenge that you might see in children.

Most people, in my experience, read the title of an article and then spout the information in the title. They never go into necessarily reading the study to identify whether or not the study was done properly, who did the study, and whether the conclusions from the study are actually adequate. And in my experience, there’s never been a study to show that vaccines don’t cause autism. 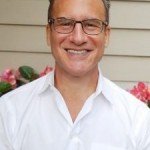 Dr. Palevsky is a renowned board certified pediatrician, sought-after lecturer, and published author, who utilizes a holistic approach to children’s wellness and illness. He received his medical degree from the NYU School of Medicine in 1987.