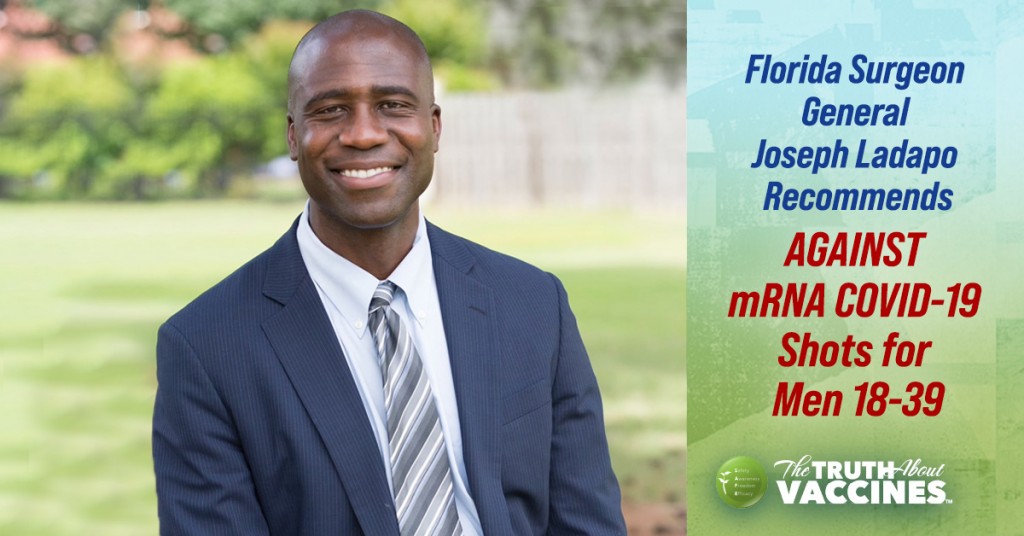 Last week, Florida Surgeon General Joseph Ladapo recommended against COVID-19 mRNA vaccines for men ages 18-39, citing a Florida Department of Health analysis that found Floridians had an increased risk of cardiac-related death in the 28 days after getting a COVID-19 shot.

The department conducted an analysis through a self-controlled case series, which is a technique originally developed to evaluate vaccine safety.

The analysis found that there was an 84% increase in the relative incidence of cardiac-related death among males 18-39 years old within 28 days following mRNA vaccination. With a high level of global immunity to COVID-19, the benefit of vaccination is likely outweighed by this abnormally high risk of cardiac-related death among men in this age group. Non-mRNA vaccines were not found to have these increased risks.

“Studying the safety and efficacy of any medications, including vaccines, is an important component of public health,” said Ladapo. “Far less attention has been paid to safety and the concerns of many individuals have been dismissed – these are important findings that should be communicated to Floridians.”

Admittedly, there were several issues with the analysis. First, the analysis was written anonymously before being published by the FDH. It also failed to identify important details of methodology and also failed to include additional health information on the subjects.

However, the risks of myocarditis have been well-documented.

A recent study coming from Oxford, Washington, Toronto, Harvard, and John Hopkins Universities, looked at 18-29-year olds boosted with an mRNA vaccine. And what they found was this: “Using CDC and sponsor-reported adverse event data, we find that booster mandates may cause a net expected harm: per COVID-19 hospitalization prevented in previously uninfected young adults, we anticipate 18 to 98 serious adverse events, including 1.7 to 3.0 booster-associated myocarditis cases in males, and 1,373 to 3,234 cases of grade ≥3 reactogenicity which interferes with daily activities.”

To put it another way: for those below 30 years old, vaccines are more harmful than COVID by a factor of 18-98%. The study continues:

“Given the high prevalence of post-infection immunity, this risk-benefit profile is even less favorable. University booster mandates are unethical because:

1 | No formal risk-benefit assessment exists for this age group

3 | Mandates are not proportionate: expected harms are not outweighed by public health benefits given the modest and transient effectiveness of vaccines against transmission

5 | Mandates create wider social harms. We consider counter-arguments such as a desire for socialization and safety and show that such arguments lack scientific and/or ethical support.”

Additionally, an article published in the European Journal of Clinical Investigation found that the risk of myocarditis caused by the COVID vaccine is much higher in teenage boys than previously thought. In fact, the study concluded that the risk of hospitalization for cardiac adverse events following vaccination is higher than the risk of being hospitalized with COVID for healthy teenage boys.

Analysis of medical data suggests that boys aged 12 to 15, with no underlying medical conditions, are four to six times more likely to be diagnosed with vaccine-related myocarditis than ending up in hospital with Covid over a four-month period.

Perhaps more importantly is the relatively non-existent risk of death or serious injury for healthy young people. The case rate across all age groups is the same, meaning you’re as likely to test positive for COVID no matter how old you are. However, the rates of hospitalization and death are significantly higher in the elderly.

Compared with ages 18 to 29 years, the rate of death is 140 times higher in ages 75 to 84 years, and 330 times higher in those who are ages 85 years and older. Given that the average life expectancy in the U.S. is less than 79 years, these numbers make sense.

Now, we’re not saying that every life isn’t precious. Anyone who knows us (or our mission) can see that preserving human life is our primary mission. But when you look at the numbers in context, things just don’t add up.

Additionally, there’s no standard protocol for determining COVID-19 deaths. If a person dies and tests positive for the virus, they’re added to the body count. But that’s scientifically irresponsible at best and criminally negligent at the worst.

The mainstream media has been having a frenzy about issues with a single analysis cited by Dr. Ladapo – and that’s fair. But the overwhelming evidence tells us 2 important things:

1: Young, healthy people are not at any kind of meaningful risk of hospitalization or death from the virus.

2: The risks of adverse events and death (especially from myocarditis, blood clots, and other cardiac events) has been significantly higher since the shots were rolled out.

Dr. Ladapo made the right decision for Florida.

If you have any doubt, just check out Florida’s COVID-response ranking.

←
Previous
New California Bill Punishes Doctors for Telling the Truth About COVID
→
Next
Did the CDC Add COVID Shots to the Childhood Vaccination Schedule? Sorting Right from Rumor