You are here: Home / News / DHS: Here is a List of Top COVID Misinformation Spreaders You Should Investigate ASAP 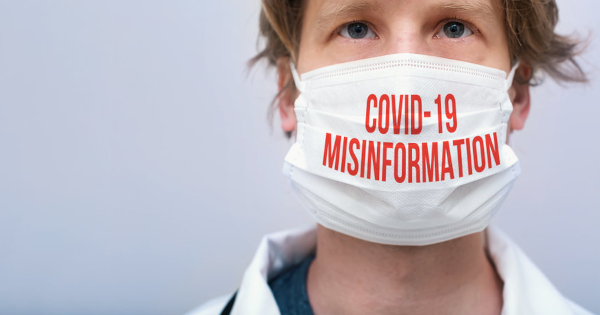 This article originally appeared on GreenMedInfo.com.

DHS is now going after COVID misinformation spreaders considering them terrorist threats. Here’s my list of people I think they should be investigating.

DHS is getting tough on COVID misinformation spreaders, i.e., people who spread information that “undermines public trust in government institutions.”

Since DHS has finite resources to pursue all these perpetrators, as a public service, I have created a list of what I believe are some of the country’s top misinformation spreaders.

I sincerely hope that the DHS will focus their efforts on these individuals since they have made statements and/or taken actions (or refused to take action) that result in the undermining of public trust in US government institutions.

These people need to be stopped now and I’m grateful that DHS is finally taking this seriously as innocent lives are being lost.

In particular, check this out this section:

I believe that all of these people are involved in “The proliferation of false or misleading narratives, which sow discord or undermine public trust in U.S. government institutions” and have collectively led to the tragic death of over 1M Americans.

All of these people should be detained for questioning.

I’ve also provided a handy list of questions that none of them will be able to answer with satisfactory answers.

Note that the list is subjective. Different people will likely have different lists, but most people would agree on the top five.

1. President Joe Biden Told the public the vaccines were safe and effective even though the data said the opposite. Wore ineffective face masks in order to mislead the public into thinking these masks could protect them. Refused to meet with any qualified scientist or doctor with opposing viewpoints before and after mandating the vaccines. Deliberately refuses to meet with scientists with opposing viewpoints so continues to spread misinformation today. Continues to erode public trust in the office of the President with approval ratings that are at all-time lows: 3. NIAID Director Anthony Fauci Funded the virus, covered it up, knowingly spread misinformation about the source of the virus, lied about it all in Congress when questioned by Senator Rand Paul, and told Cliff Lane to not approve any early treatments in the Guidelines.

4. US Surgeon General Vivek Murthy Told people the vaccines are safe and effective and that masks work and said nothing about effective early treatment protocols. Compounded the error by labeling people trying to spread life-saving information as “disinformation” spreaders.

5. FDA Commissioner Janet Woodcock Said she would investigate the Maddie de Garay case that proved fraud in the Pfizer trial and then did nothing. The FDA also denied the EUA application on fluvoxamine, a drug later proven to reduce mortality by 12X in a large Phase 3 trial.

8. Tom Shimabukuro (CDC vaccine expert) Never mentioned the VAERS URF which underplayed the danger of the vaccines by at least 41x and deliberately misled people about causality and VAERS by claiming you can’t determine causality. Ignored all the safety signals in VAERS on all but a few symptoms. Ignored the death safety signal. Ignored every safety signal in DMED.

11. Gavin Newsom, Governor of California Mandated vaccination in California even though he was injured by the COVID vaccine. Will not vaccinate his own kids. He knows the vaccines are dangerous from first-hand experience and deliberately misleads the people of California by claiming they are safe.

12. Dr. Richard Pan, California State Senator Introduced legislation in the California legislature to close the Personal Exemption Loophole for COVID-19 School Vaccinations which will lead to the death of an unknown number of children. All done with no scientific evidence.

These companies refuse to censor doctors and scientists who claim that the vaccines are safe and effective and masks work. Instead they actually compound the problem censor people who are telling the truth. Net result: hundreds of thousands of deaths caused by censoring the wrong people.

The actions of the Disinformation Dozen cost lives

Collectively, these people are responsible for the deaths of over 1M Americans.

For example, they have done things such as:

1. Encouraging and/or mandating people to take “vaccines” that data shows are more likely to kill them than to save them. And even when people aren’t killed, the scientific evidence shows that these vaccines are making people more likely to be infected from the latest variant. This has led to the untimely death of an estimated 400,000 Americans and to the permanent disablement of a roughly equivalent number.

2. Telling people to wear masks when they know full well that all of the randomized trials showed that masks were ineffective. By misleading people to think they were protected, people then ventured into dangerous situations believing they were protected when they were in fact not protected at all. Masks are not harmless interventions. IQ has dropped dramatically (22 points) due to this “harmless” intervention. DHS needs to stop these terrorists now inside the CDC who are promoting this.

3. Ignoring all attempts to challenge them on their views by refusing to debate qualified scientists and doctors

4. Spreading misinformation about the VAERS system by deliberately not calculating the underreporting factor using their own methodology and then not applying that in public statements, thus misleading the CDC and FDA outside committees into making erroneous decisions. Also ignoring all the safety data in the VAERS database and refusing to take any meetings to discuss it.

5. Deliberately trying to censor doctors and scientists from spreading the truth that will save lives through intimidation tactics and directing social networks to cancel their accounts

6. Sandbagging early treatment drugs that have been shown in clinical trials to save lives. They literally told people not to use these life-saving protocols leading to the unnecessary death of close to 900,000 people.

See Incriminating Evidence for details on all of the above points.

I believe they need to be silenced immediately before more harm is done.

See this article for more details but here’s the summary:

Not included in the lists above, but worthy of investigation:

Who did I miss that deserves to be mentioned? Let me know in the comments.

←
Previous
FDA Considers Covid Shots at 6 Months Old
→
Next
Is Fighting Disease Naturally (Without Vaccinations) the Way to Go?

I write about COVID vaccine safety and efficacy, corruption, censorship, mandates, masking, and early treatments. America is being misled by formerly trusted authorities.