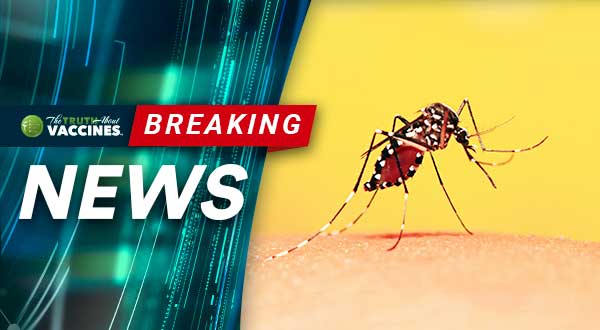 Despite an outbreak that has already killed hundreds, the Philippines continue to resist a dengue vaccine linked to the deaths of several children. The vaccine, developed by French pharmaceutical company Sanofi, was banned after several major health risks were found. Officials have considered its use despite ongoing criminal investigations.

In 2015, the Philippines became the first Asian country to approve Sanofi’s dengue vaccine, Dengvaxia. The Philippine Department of Health launched a campaign to introduce the vaccine, during which over 700,000 people received at least one dose. The drug was approved for children aged 9 or older.

But in late 2017, the vaccination program was suspended due to concerns that the vaccine was making the disease worse in some cases. A few days later, Sanofi released a statement reporting concerns that the vaccine could make dengue infection worse in recipients who had not had the disease before. They categorically denied using the Filipino population as “guinea pigs” to test their vaccine.

Sanofi was ordered to stop selling, distributing, or marketing Dengvaxia, but the problems were even worse. After congressional inquiries and criminal charges brought against former President Benigno Aquino III, former Health Secretary Janette Garin, and other officials, The Philippine Department of Justice indicted officials from both Sanofi and the Philippine Health Department.

The DOJ said that at least 10 deaths had been linked to Dengvaxia, even though Sanofi insisted that it was “safe and effective.”

But as these cases work their way through the courts, the Philippines is facing another dilemma. From January 1st to July 20th, there have been 146,062 cases of dengue fever and over 660 deaths. That number is sure to have risen in the weeks since. Health Secretary Francisco Duque has called it a “national dengue epidemic” and says the government is evaluating an appeal that would let Sanofi reintroduce the drug to the Philippine market.

But he insists that the vaccine will not be used to combat the current epidemic, which has been especially prevalent in very young children. “This vaccine does not squarely address the most vulnerable group which is the 5-9 years of age,” he said. The World Health Organization advised officials that the vaccine is not “recommended” or “cost-effective” for addressing the current outbreak.

This is in stark contrast to statements made last week by presidential spokesman Salvador Panelo, who said the government was considering the reintroduction of Dengvaxia. “If Dengvaxia is proven effective to those who already had dengue in the past, then its application to these individuals will surely cause the decline of the overall number of cases,” he said.

Penelo said that, if the vaccine was reintroduced, the government would use “the utmost caution,” following WHO protocols to screen recipients to determine if they had been previously exposed to the infection. He clarified that a decision to resume the use of Dengvaxia would not affect current cases on trial relating to the vaccine.

According to the World Health Organization, Dengvaxia is licensed in 20 countries.

What is Dengue Fever?

Dengue fever, also known as breakbone fever, is the world’s most prolific mosquito-borne viral illness. Symptoms include high fever, headache, pain and weakness in the muscles and joints, vomiting, and a skin rash. These symptoms are excruciating and can appear between 3 and 14 days after infection. In severe cases, patients can experience bleeding and extremely low blood pressure, known as dengue shock syndrome.

There are 5 types of the virus which are spread by several species of mosquitoes. Exposure to a specific strain of the virus generally results in lifelong immunity to that strain but can increase the risk of severe complications if exposed to a subsequent strain. Those exposed to a different strain after initial exposure are more likely to experience a severe hemorrhagic fever which is responsible for roughly 25,000 deaths each year.

Nearly 400 million people are infected each year in over 120 nations. According to the WHO, more than 25,000 will die. Over the last 60 years, global incidence has increased 30-fold. In the Philippines, incidence is up 98% since last year.

As of August 6th, the Philippines seems to be firm in their resolve to maintain a ban on the vaccine. Current litigation by Sanofi’s legal team may allow for the reintroduction of Dengvaxia in the future. In May, the U.S. Food and Drug Administration approved Dengvaxia for children aged 9 to 16 who had been previously infected.

Dengue is common in U.S. territories, including Guam, Puerto Rico, and the Virgin Islands, where the vaccine will likely see the most use. Introducing a dangerous drug with known issues is bad for patients, but great for business. Competing dengue vaccines created by Takeda and Merck are currently in late-stage trials.

Despite the appeal of a vaccine “protecting” against one of the world’s most common viral illnesses, it seems that once again the pharmaceutical industry has introduced a product without adequate safety studies. As usual, the FDA is more interested in corporate interests than public safety. And despite the pressure resulting from the current outbreak in the Philippines, officials are standing firm in their decision to ban Dengvaxia.

←
Previous
War on Truth Accelerates
→
Next
Americans Can Handle an Open Discussion on Vaccines—RFK, Jr. Responds to Criticism from His Family