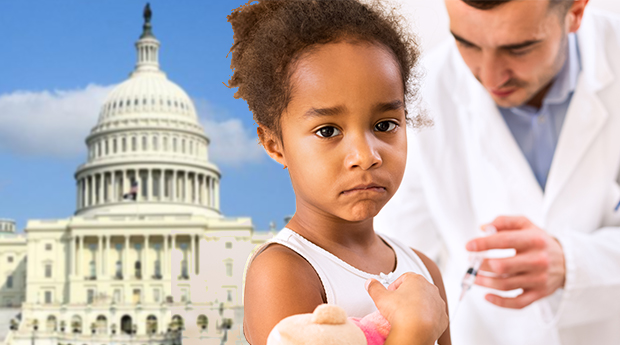 According to statistics gathered from multiple organizations, it’s possible that over half of America’s children either have a developmental disability, a chronic disease, or both. In 2017, according to the U.S. CDC, one in 68 children will be diagnosed with autism. These are real statistics about real children. And they are happening now.

The saddest statistic, however, is what may happen in the future if these trends continue. It’s a real possibility that the generation that is growing up now may have a lower life expectancy then their parents. In one of the most technologically advanced countries on the planet, it’s almost unbelievable that we appear to be in a race against time in figuring out what is making us all so sick. But when it comes to the health of our children, it’s prudent to leave no stone unturned in the quest for truth and answers about vaccines.

In this vein, many are turning their attention to current vaccination protocols as one of the possible reasons for such high childhood cases of autism, allergies, autoimmune conditions, ADHD, and other chronic conditions. Is there really a connection between disease and the current CDC-promoted vaccine schedule? No one has the definitive answer yet, but the questions that are coming from concerned parents, doctors, and others about vaccine safety issues are beginning to get some serious attention − despite little to no coverage by mainstream media on the subject. The growing interest and attention on this subject is now even extending to the halls of Washington.

The White House is Talking About Vaccines

In March 2017, President Trump “officially” announced the creation of a presidential committee, headed by environmental lawyer Robert Kennedy Jr., to investigate “vaccine safety and scientific integrity.” Later that month, a group of 275 concerned doctors and scientists submitted a letter urging Trump to consider the creation of an “Independent Vaccine Safety Commission.”

Then, as the busy month of March came to a close, TTAC (represented by Charlene and Brianna Bollinger), along with Kennedy, Del Bigtree (producer of the movie VAXXED), Tony Muhammad (representing the Nation of Islam), March Against Monsanto, Moms Across America, the Organic Consumers Organization, and others converged on Washington, D.C. for the Revolution for Truth Rally which was spearheaded by Michelle Ford.

After returning from the rally, Charlene told me it was amazing to see people from various walks of life, including members of Congress, uniting for this cause. (See down below for one of the many Facebook Live videos that Charlene filmed while in Washington. You find the rest of them on The Truth About Vaccines Facebook page.) 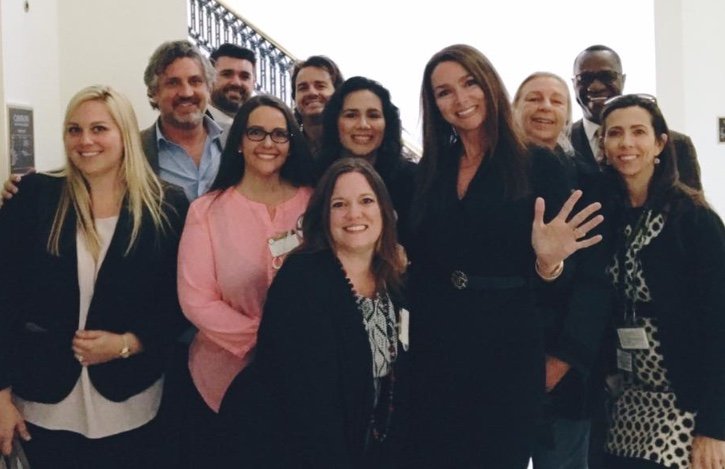 In the halls of Congress with Charlene Bollinger, Del Bigtree, Tony Muhammad, Michelle Ford, and many others seeking truth and transparency with vaccines

The whirlwind of movement around the vaccine issue was initially stirred up in large part in 2016 by the movie VAXXED.  This documentary shone the spotlight on  apparent scientific fraud committed by the U.S. Centers for Disease Control regarding connections between the MMR vaccine and autism. The movie featured the testimony of former CDC official Dr. William Thompson.

In a passionate speech at the end of Revolution for Truth rally, Del Bigtree hinted to a possible change of tune for key members of congress.According to Bigtree, before the movie aired in spring of last year, no one on Capitol Hill had ever even heard of Thompson. In truth, only 12 months ago, the entire issue of vaccine safety was, in large part, relegated to sound bites about irresponsible parents refusing to get shots (and possibly putting the whole population in danger).

Now, not only are the halls of Washington crawling with citizens demanding the truth, but movement is happening on the state level as well, with the introduction of bills such as West Virginia’s SB 359 (February 2017). Indeed, one year later, says Bigtree, a lot has changed.

“Yesterday I was in D.C. – my third trip now – and every office I went to, including those who are diametrically opposed to our truth, I asked the question, “Are you aware of Dr. William Thompson the CDC Whistleblower?” And every single one of them said, “Yes I am,” said Bigtree during his speech.

Amidst a backdrop of cheers, Bigtree also eluded not only to a growing movement of parents and professionals demanding answers and fair scientific studies, but also to a possible next step in the deepening investigation of the CDC. Bigtree stated that many of the representatives he visited on this latest trip, including Committee on Oversight and Government Reform (OGR) chair Jason Chaffetz (R-UT), mentioned being briefed specifically by members of this committee, “…which means the Oversight Committee of Government Reform is officially investigating Dr. William Thompson,” according to Bigtree.

The OGR currently consists of 23 Republican and 16 Democrat members as well as Chair Chaffetz and Ranking Member Elija Cummings (D-MD). It has as its primary mission to “work proactively to investigate and expose waste, fraud, and abuse” in government. The OGR has yet to publish an official press release or request investigational documents regarding the CDC nor vaccine safety in general, but there is good reason to believe movement may be happening in that direction.

Charlene Bollinger filmed a Facebook live conversation between Dr. Toni Bark, M.D. (on the right) and a reporter from Channel 4 London.

There are many facets of the vaccine safety issue and just as many opinions as well. Some believe in the efficacy of the current vaccine schedule in catalyzing “social immunity” for many diseases, which the CDC says saves thousands of lives each year. Many, of course, take other, more skeptical views.

Everyone seems to agree on one thing, however: as long as there is even the tiniest possibility that some of the ingredients in today’s vaccines and/or the scheduling that the CDC  promotes could possibly be linked to massive childhood death and disease, then independent investigations into the vaccine issue must be conducted by objective scientists outside of the CDC and the pharmaceutical industry. These investigations just make sense, given the shaky history of changing CDC policy over the last fifty plus years as well as the heartbreaking reality of the situation for future generations.

What could become even more obvious in the future (if the month of March is any indication) is that more and more voices at both the federal and state level are now demanding that these investigations begin — and begin quickly.

←
Previous
My Travels to Washington D.C. – Meetings With Congress About Vaccine Safety & Freedom of Choice
→
Next
Vaccine Damage: How to Minimize the Effects of Taking a (Forced) Vaccine