You are here: Home / Medical Tyranny / Reflections on the Pandemic and Beyond 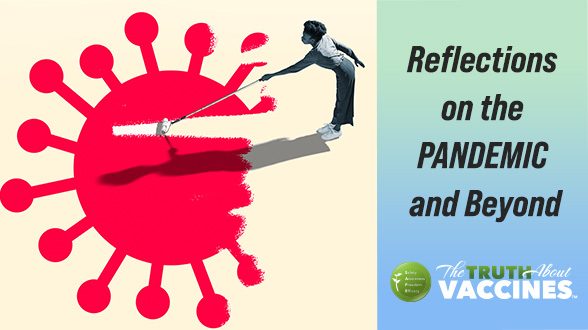 Editor’s Note: This article was originally published in the August 2022 edition of the TTAC Insiders Newsletter.

I am honored to have the opportunity to contribute to TTAC’s important work. I have benefited personally from TTAC’s work on cancer, vaccines, and propaganda.

Given my family history of vaccine injury, COVID and its hyped “vaccines” did not come as a shock. It was not hard to see that rushed experimental vaccines, with even less liability than licensed vaccines, were a disaster in the making. I knew about the horrific side effects and illnesses associated with vaccines—the corrupt practices between regulators and industry—and the fact that the corporate media and medical system would do the captive regulators’ bidding.

But there were major new wrinkles in the last two years. We’d never seen such pervasive mandates by employers, schools, theaters, and restaurants—particularly mandates of an emergency use authorized product that cannot be compelled under federal law. We’d never seen such a media blitz—not even the H1N1 swine flu or measles scares compared. And I’d never heard such extraordinary lies about the safety and effectiveness of the vaccines, about the dangers of alternatives like ivermectin and hydroxychloroquine, about the numbers of cases and deaths, about the benefits of lockdowns, masks and testing. Even for those like myself who had been in the health freedom movement for years, the COVID nightmare was remarkable for its sheer enormity: the globally coordinated efforts to induce the whole global population to participate in a medical experiment. 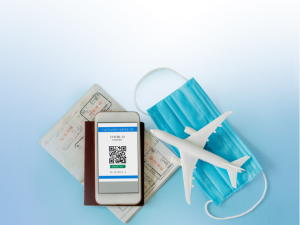 Although I considered myself reasonably well educated about vaccines before March 2020, having co-authored two books and many articles, my learning curve since then has been steep. I had not appreciated just how deeply involved governments worldwide had become in establishing a new biosecurity paradigm and how assiduously they had rehearsed pandemic exercises for decades. After watching Event 201, the coronavirus rehearsal that took place in October 2019, I learned that this was but one of a series of tabletop exercises for global leaders where the conclusion to solving a medical emergency always ended in the loss of human rights. Professor Paul Schreyer’s video Pandemic Simulation Games—Preparation for a new era? on the history of these simulation exercises was a revelation.

Similarly, although I had learned something about ID 2020 and the desire to track every person on the planet, I had not appreciated the critical intersections between digital IDs or vaccine passports, central bank digital currencies, the World Economic Forum’s “Great Reset” and social credit scoring. James Corbett, Catherine Austin Fitts, Truthstream Media, John Titus, Corey’s Digs, and others helped me piece together these parts of the puzzle.

Working on CHD Films and Andy Wakefield’s recent documentary, Infertility: A Diabolical Agenda, forced me to accept as a fact that the World Health Organization and parts of the U.S. government have been working on a depopulation agenda in the developing world for decades. As this vivid film depicts, the WHO designed and developed a vaccine to cause infertility in women under the guise of a tetanus vaccine and deceitfully deployed it in Kenya and elsewhere to sterilize women without their knowledge or consent. Forced sterilization, which the WHO clearly undertook, is a war crime under the treaty for the International Criminal Court.

And now we are seeing a staggering death toll from the COVID shots emerge from scientific articles, VAERS data, insurance data, and reports of sudden unexplained deaths. This is a dystopia in real life. We are living a nightmare that global leaders taunt is far from over.

President Biden says “there’s going to be another pandemic.” Likewise, WHO Director-General Tedros warns that the next plague could occur very soon. And the WHO, with the U.S. in the 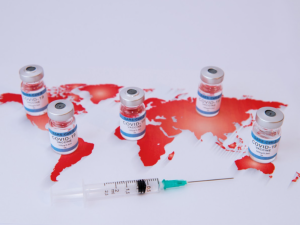 lead, is attempting to create a treaty giving itself unimaginable powers to declare and police pandemics worldwide as the fulcrum for a new global order.

And yet…the COVID paradigm is a bridge too far. Humans who want to stay human vastly outnumber the predatory cabal bent on the Fourth Industrial Revolution, with its blurring of the lines between human and machine, artificial intelligence, and the promise of a new global order with truncated individual rights. Make no mistake, despite all the bluster and ballyhoo, the predatory regime is crumbling: The U.S. government is throwing out unused stocks of COVID shots, 70% of U.S. citizens are not following CDC guidance to get all their shots and boosters, by any mainstream media definition this would make 70% of Americans anti-vaxxers; and only 18% of parents polled say they plan to give their children under 5 the shot.

It’s becoming clear that the shots don’t work but rather kill and maim people. America’s doctor himself, Dr. Fauci, got sick with COVID after 2 doses, 2 boosters, and Pfizer’s patented Paxlovid. And despite the remarkable suppression of information about COVID deaths and injuries in the media, people talk; people see and hear their neighbors and family members speak about illness and death after COVID shots. As President Lincoln famously said, “You can fool some of the people all of the time and all of the people some of the time but you can’t fool all of the people all of the time.” Trying to use this playbook a second time for “the next pandemic”—monkeypox or another infectious disease—is simply a collapsed bridge. It won’t work. 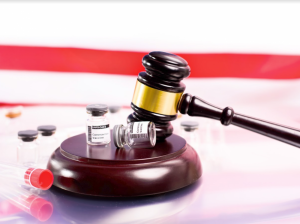 While the same kinds of calamities have been occurring worldwide in the childhood vaccine program for decades, they were on a smaller scale; they didn’t affect everyone around the globe all at once. Instead, those injured were isolated and gaslighted, the media disparaged and ridiculed the families, and the courts were closed.

But now, billions have been directly and simultaneously affected by this man-made catastrophe. People are talking on social media, at rallies, at family gatherings, and in growing organizations like CHD. And even the mainstream media is starting to talk about vaccine injury, cautiously, but it is acknowledging injuries and deaths and the fact that there is no functioning compensation system for those harmed.

And although there have been few grand slams, courts around the world are open and hearing cases related to vaccines—the mandates, the exemptions, the suppression of treatments, the ingredients—more than ever before.

A few of the legal victories to date include:

During the last two years, I’ve learned that courts follow culture. Judges are a cautious lot. Even when the law would permit them to make bold decisions against the government or corporate actors, they are often reluctant to do so. But as culture fast approaches the tipping point to say “We will not take this anymore!”, judges are becoming bolder. 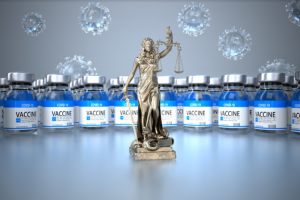 If there is a change in control in the House of Representatives in January 2023, as is usually the case in midterm elections, we could see serious hearings about what has gone down since March 2020, and we could learn who knew what and when. We could see Congress lead investigations using its subpoena power. These hearings could culminate after a few years in tectonic political shifts, leading to legislative changes to end pharma’s blanket liability protection, end conflicts of interest between industry and the FDA, CDC, and NIH; end direct-to-consumer pharmaceutical advertising, and end usurious drug prices and taxpayer-funded pharma disasters. In short, with the sea change in public opinion that is likely in the next two years, massive changes await.

Children’s Health Defense is at the heart of the global effort to create the parallel world we will need as the existing power structures fail. With activities in science, education, advocacy, and litigation in CHD chapters around the world, we are creating the change we want to see; and shining a bright light on what’s not working brings us hope to fix what’s broken.

Klaus Schwab recently told his buddies at the Davos 2022 Summit “The future is built by us.” No, Mr. Schwab, the World Economic Forum does not build the future; we the people worldwide build the future.

←
Previous
The Truth About Monkeypox: What It Is and What You Need to Know
→
Next
CDC Changes Course on COVID Strategies 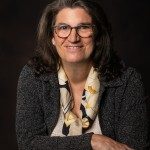 As President and General Counsel of Children's Health Defense (CHD), Mary Holland has been involved in the vaccine choice and health freedom movement for over two decades. Holland directed the graduate Lawyering program at the NYU School of Law for 15 years, frequently testifies in state legislatures across America, and has co-authored two books on vaccines.