This is really the firestorm that started it all, our paper in the journal Science. This was arguably one of the number one journals in the world. This paper the Detection of an Infectious Retroviruses known xenotropic murine leukemia virus, related virus, caused cancer in mice. It was first detected in patients with aggressive prostate cancer, but we wrote here that this was the first-ever isolation, and demonstration isolation from humans, and demonstration of its ability to be transmissible, to be contagious, to be infectious to others.

A Harvey Alter, Lasker award-winner really only a few months later confirmed our findings. We also associated this with the disease known as myalgic encephalomyelitis/chronic fatigue syndrome. They didn’t allow us to say strongly associated in the journal, even though the P-value was I think 18 zeros, 10 to the -18. It was highly significant and they wouldn’t let us say that because ME/CFS was stigmatized as chronic fatigue syndrome, and first appeared primarily in women in the mid ’80s, and was considered to be they couldn’t handle the corporate world or stress of the corporate world, and they became fatigued and dysfunctional, and their brains wouldn’t function.

Shyh-Ching Lo, the lead author on this paper, the confirmation study saw our publication and he went back to a box of samples, hundreds of samples from the mid 1980s, at a time when HIV/AIDS was thought only to be abled, HIV could only infect IV drug users, prostitutes and gay men. He had a box called non-HIV/ AID. When our paper came out, he simply did the study and used the methods, the PCR detection in our paper and he found more than 85% infected in 6.8% of the control. He found multiple strains, not just one strain that was evident in our original paper as well. He says this in a talk in September of that year.

What was the solution for agency heads? We’ll talk a lot about this. First, they forced the authors to destroy the data, either literally remove the subjects, used statistics to make the association go away, as we all know from the Thompson vax study; or they tried to force the authors to withdraw the paper, which doesn’t imply any kind of wrongdoing; or then the journal simply forced the retraction of this paper.

Harvey Alter chose to withdraw the paper in 2011. He chose the poison of withdrawing it simply because in 2011, at the end of this, more than a year later when we had used up all of the samples. He couldn’t repeat it again because he didn’t have the samples. That’s why he withdrew the paper. Not because the association went away, not for any scientific reason.

Suzanne Vernon in September 11th of 2010 gave a talk at a meeting. This was shortly after the NIH held an international workshop on XMRV and people from around the world brought data showing not only prostate cancer, but other kinds of leukemia and lymphoma were associated with these infections of this, what I call human gammaretroviruses and gammas, how they’re identified in an electron microscope.

Suzanne Vernon, a longtime CDC employee, Dr. Vernon said, “Agency heads are scared to death if XMRV works out,” a few days after that workshop. What do you mean, works out? What do you mean by that? Well, why? Because in 1991, when I did my Ph.D. thesis, which changed the paradigm for HIV/AIDS treatment and took it to a disease that was a death sentence to a manageable one, there were only one million Americans infected with HIV. But in all the studies, even the negative studies showed between 10 and 25 million Americans were infected with these viruses that most likely got into humans via contaminated blood and vaccines.

The who and the why. You’ll often hear or I’ve heard that our paper in Science was sloppy, or shotty, or not well controlled. We submitted that paper on May 6th, 2009, after about six months work and hundreds of samples done with four different biological assays. Only July 22nd, there was enough data coming through other sources at the retrovirology conferences at Cold Spring Harbor and other meetings that the government, the National Cancer Institute and AIDS Institute, Center for HIV/AIDS and Cancer Virology put together this invitation-only meeting. It’s a subject of Chapter Seven or Eight in Plague. Here is the dignitaries, essentially every one of the agency heads attended that meeting to hear data not only from me, and not only in ME/CFS, but in different types of cancers.

In 2011, the head of the NIH Francis Collins, Tony Fauci the Head of the National Institute of Allergy of Infectious Disease were at the NIH Criminal Center here with Harold Varmus, and they’re giving an award from this is a lady, the head of NITA. They were giving an award for cannabis research to a foreigner, in this research we aren’t allowed to do in our country. These are the who or the why, along with everybody on this list who perpetrated the fraud and the crimes against humanity that you’re going to hear in the rest of the talk.

What I call this now is 21st century AIDS, they’re acquired endocannabinoid immune deficiencies or dysfunction. I write here, “Unintended consequences of unsafe vaccinations and CDC schedule.” Essentially, every family in our country has one of these diseases and every asterisk is a one or more peer-reviewed publications in elite journals, or good journals that shows retroviral association involvement in the pathogenesis of these diseases.

How did mouse retroviruses get into humans? One of our colleagues in HIV, and so what they came up with, if you remember the Saturday Night Live Bass-O-Matic, well here we have the Mouse-O-Matic. You see the mice coming off of the assembly line into a vat and they just literally take the mouse tissue, and grind it all up, and put it into a fermentor at the various vaccine manufacturer facilities with different kinds of cells, I show them as blue and red, different kinds of animal tissues and animal cell lines, and they grow the viruses there and take the vaccine right out of that vat and put it into a susceptible child.

I drew this, I colored this as black baby because we know that from the work of Thompson, that they covered up why black babies have a four-fold greater risk of autism if given a vaccine before they are three years old is because they don’t have the enzyme known as RNA cell to degrade RNA viruses. The MMR vaccine is three RNA viruses and a lot of other retroviruses as we’ll see later.

But our HIV colleague wrote one of the most widely distributed biological products that frequently involved mice and mouse tissue at least up until recent years, or vaccines, especially vaccines against viruses. It is possible that XMRV particles were present in the virus stocks cultured in mice or mouse cells for vaccine production, and the viruses were transferred to the human population by vaccination. This was January of 2011. Remember, it was September of 2010 when the data were mounting that agency heads became worried if XMRV works out.

Throughout 2011, we continued studies because in the HIV/AIDS days, as you know, when it was thought only gay men, IV drug users, prostitutes could get HIV, we realized with Ryan White and Arthur Ashe that the blood supply was contaminated. Immediately after the paper was published, the agency heads did the right thing and started a blood working group to determine if the blood supply was, in fact, contaminated.

On March 29th of 2011, I spoke at the New York Academy of Sciences. These were the conclusions of the talk. The data suggests there is different strains of gammaretroviruses that can infect humans. Assays that captured the variation of these viruses in the blood supply are the best. The Cerus technologies, I started working with a company immediately that said, “We have a test. Will you see if it can decontaminate the blood supply?” It did. It can activate infectious strains, not only of XMRVs, but of HIV, HTLV-1 the leukemia virus, Ebola, Zika and other things.

In 2014, the FDA oh so quietly approved the Cerus intercept system to clean up the blood supply. Because I gave them a solution on this day in March, they decided instead of doing the right thing, and taking the care of the people who became infected, and whose lives, and careers and families were lost, they set up a campaign to destroy me and cover-up these data. 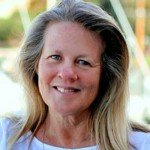 Judy A. Mikovits, PhD, earned her BA from University of Virginia and PhD in Biochemistry and Molecular Biology from George Washington University. In just over twenty years she rose from an entry-level lab technician to become director of the lab of Antiviral Drug Mechanisms at the National Cancer Institute before leaving to direct the Cancer Biology program at EpiGenX Pharmaceuticals in Santa Barbara, California. She has been a vocal advocate for medical freedom and transparency.