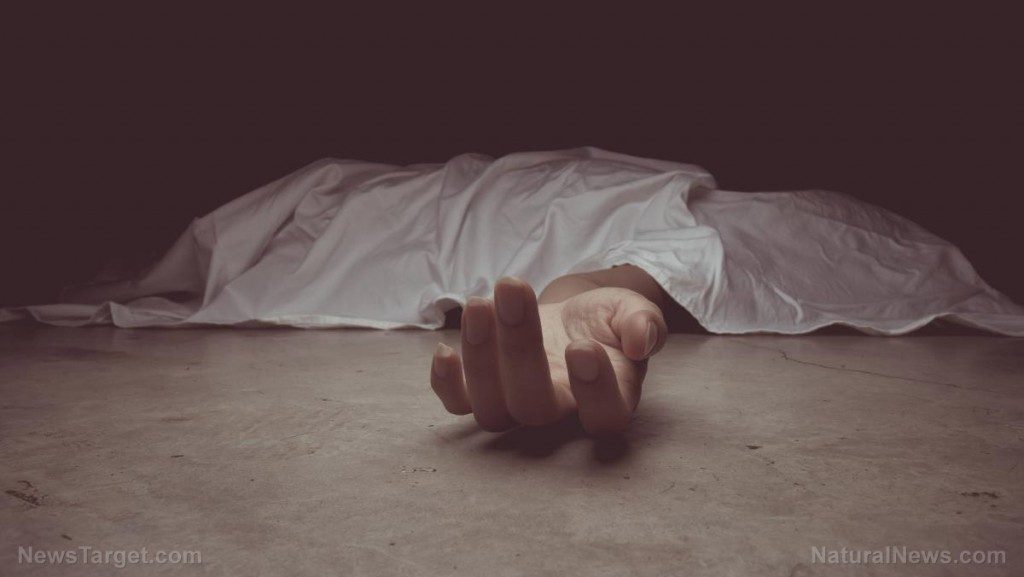 This article was originally published on NaturalNews.com.

All around the world, embalmers and funeral directors are coming forward to tell all about how the state of human remains has changed for the worst ever since Wuhan coronavirus (COVID-19) “vaccines” emerged.

Debra Heine of the Minnesota Sun reported that strange, rubbery, worm-like clots are evident in the veins and arteries of deceased, fully vaccinated bodies – which Richard Hirschman, a funeral director and embalmer from Alabama with more than 20 years of experience in the field, said he never saw until around mid-2021.

Hirschman recently told Steve Kirsch, the executive director of the Vaccine Research Center (VRC), that in January of 2022, 37 out of 57 bodies he processed, or 65 percent, showed these suspicious clots.

Before the injections were introduced under Operation Warp Speed, blood clots would occasionally show up in bodies that died with COVID-19, but not to the degree that they are now appearing ever since the shots were widely administered.

Foster revealed in an interview that a shocking 93 percent of her last 30 cases died due to unusual blood clots completely overtaking the victims’ vascular systems. This sure sounds like jab-induced spike protein damage that for many results in death.

Across the pond in England, Funeral Director John O’Looney said he is seeing a massive increase in thrombosis deaths. In an interview, O’Looney revealed that it is not just “a two- or three-fold increase – it’s around a 500 or 600 percent increase.”

“I’ve got doctors and police ringing me, nurses ringing me, all saying the same thing. It’s a total lie,” he is quoted as saying.

“On our media, they are saying the hospitals are full of the non-vaccinated. That’s a total fabrication. It’s the polar opposite. Nine out of 10 patients in there, full of blood clots, are the vaccinated. I’ve heard that from so many professionals that I’ve lost count. So, whether you choose to believe it or not, it makes it no worse. That is the truth. That is the reality. You can lead a horse to water, but you can’t make it drink.”

At first, O’Looney was not sure if he should come forward at all. Like the others in his field who are seeing the same thing, O’Looney recognizes that governments and media outlets are pushing a pro-jab narrative, and that anything opposing it will be mocked and ridiculed.

In a worst-case scenario, O’Looney and the others could lose their jobs for telling the truth. But it is a risk they ultimately decided was best to take in the interest of public health.

“It pretty much has to be a novel injectable product, first used in 2021 that results in blood clots and is injected into well over 50 percent of the population,” Kirsch wrote on his Substack. “There is only one drug that fits that bill: the COVID vaccines.”

It seems to be the case that some batches of the injections are more toxic than others, which would explain why some people who got the injections appear to be just fine while others are suffering or dead.

Those who get the worst of it can end up with long blood clots that morph into white and fibrous “wormlike” abominations, Kirsch revealed.

“That white, fibrous stuff just isn’t normal,” Kirsch told Dr. Jane Ruby. “Typically, a blood clot is smooth – it’s blood that’s coagulated – but if you squeeze it, or touch it, or try to pick it up, it generally falls apart. But this white, fibrous stuff is pretty strong. I don’t know how anybody can live with this inside him.”