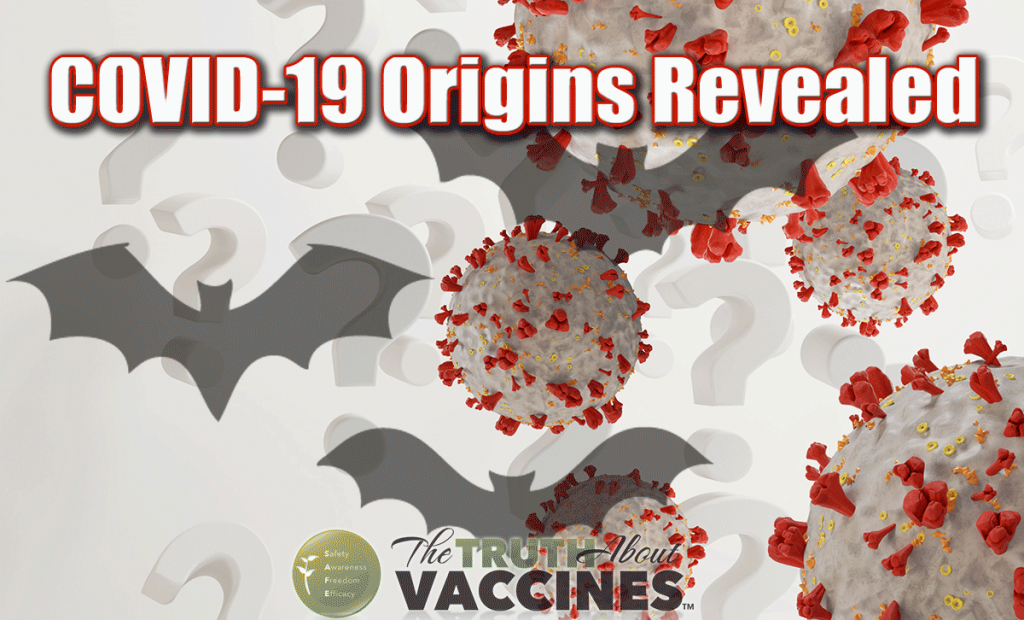 The cover-up has imploded. Covid-19 was engineered in a lab, and the desperate attempts to hide its true origins are rapidly collapsing.

Over the weekend, even the Wall Street Journal is now catching up to what Natural News reported a year ago, admitting that covid-19 came from a lab. The article is entitled, “The Science Suggests a Wuhan Lab Leak” and carries the subhead, “The Covid-19 pathogen has a genetic footprint that has never been observed in a natural coronavirus.”

Authored by Steven Quay and Richard Muller, the article discusses the genetic fingerprint of the “double CGG” combination that appears in the virus:

Although the double CGG is suppressed naturally, the opposite is true in laboratory work. The insertion sequence of choice is the double CGG. That’s because it is readily available and convenient, and scientists have a great deal of experience inserting it. An additional advantage of the double CGG sequence compared with the other 35 possible choices: It creates a useful beacon that permits the scientists to track the insertion in the laboratory. Now the damning fact. It was this exact sequence that appears in CoV-2.

Despite this, the virologists involved in the gain-of-function research on coronavirus sought to hide the existence of this double CGG fingerprint:

When the lab’s Shi Zhengli and colleagues published a paper in February 2020 with the virus’s partial genome, they omitted any mention of the special sequence that supercharges the virus or the rare double CGG section. Yet the fingerprint is easily identified in the data that accompanied the paper. Was it omitted in the hope that nobody would notice this evidence of the gain-of-function origin?

But in a matter of weeks virologists Bruno Coutard and colleagues published their discovery of the sequence in CoV-2 and its novel supercharged site. Double CGG is there; you only have to look. They comment in their paper that the protein that held it “may provide a gain-of-function” capability to the virus, “for efficient spreading” to humans.

So it’s not just that SARS-CoV-2 was engineered in a lab; the scientists involved in that effort also tried to cover their tracks and deceive the world as millions died.

“The scientific evidence points to the conclusion that the virus was developed in a laboratory,” write Quay and Muller. Yes, we knew that a year ago. Now, the mainstream media is finally beginning to admit to the reality that those of us in the independent media have known all along.

Some good sources of information about the communist Chinese bioweapons program that was funded by Daszak, Fauci and even the Pentagon:

The National Pulse: Fauci’s Boss Admits Funding Wuhan Lab: ‘We Had No Control Over What They Were Doing.’

The Bulletin of the Atomic Scientists: The origin of COVID: Did people or nature open Pandora’s box at Wuhan?

From the UK Daily Mail:

The Pentagon gave $39 MILLION to Dr. Peter Daszak’s EcoHealth Alliance – the charity that funded coronavirus research at the Wuhan lab accused of being the source of the outbreak, federal data reveals… Federal data seen by DailyMail.com reveals The Pentagon gave $39 million to EcoHealth Alliance, which funded a lab in Wuhan, China, between 2013 and 2020. The Wuhan Institute of Virology is accused of being the source of Covid-19.

The Australian Strategic Policy Institute (ASPI) has just uncovered a Chinese book that proves that Chinese military scientists have been working towards the development of a “new era of genetic weapons.” These weapons, the Chinese scientists promised, could be “artificially manipulated into an emerging human disease virus, then weaponized and unleashed.”

In the 2015 volume, called The Unnatural Origin of SARS and New Species of Man-Made Viruses as Genetic Bioweapons, the Chinese military scientists begin by suggesting that World War III would be fought with biological weapons.

And not just any bioweapons.

Coronaviruses, a number of which cause respiratory illnesses in people, were mentioned as a class of viruses that could be readily weaponized. Indeed, the Chinese scientists were even more explicit, pointing out in their paper that the coronavirus that causes Severe Acute Respiratory Syndrome, or SARS, was an ideal candidate for a bioweapon.

It later turned out that the Lancet letter had been organized and drafted by Peter Daszak, president of the EcoHealth Alliance of New York. Daszak’s organization funded coronavirus research at the Wuhan Institute of Virology. If the SARS2 virus had indeed escaped from research he funded, Daszak would be potentially culpable. This acute conflict of interest was not declared to the Lancet’s readers. To the contrary, the letter concluded, “We declare no competing interests.”

Virologists like Daszak had much at stake in the assigning of blame for the pandemic. For 20 years, mostly beneath the public’s attention, they had been playing a dangerous game. In their laboratories they routinely created viruses more dangerous than those that exist in nature. They argued that they could do so safely, and that by getting ahead of nature they could predict and prevent natural “spillovers…”

Researchers at the Wuhan Institute of Virology, led by China’s leading expert on bat viruses, Shi Zheng-li or “Bat Lady,” mounted frequent expeditions to the bat-infested caves of Yunnan in southern China and collected around a hundred different bat coronaviruses.

Shi then teamed up with Ralph S. Baric, an eminent coronavirus researcher at the University of North Carolina. Their work focused on enhancing the ability of bat viruses to attack humans so as to “examine the emergence potential (that is, the potential to infect humans) of circulating bat CoVs [coronaviruses].” In pursuit of this aim, in November 2015 they created a novel virus by taking the backbone of the SARS1 virus and replacing its spike protein with one from a bat virus (known as SHC014-CoV). This manufactured virus was able to infect the cells of the human airway, at least when tested against a lab culture of such cells.

Baric had developed, and taught Shi, a general method for engineering bat coronaviruses to attack other species. The specific targets were human cells grown in cultures and humanized mice.

Shi set out to create novel coronaviruses with the highest possible infectivity for human cells. Her plan was to take genes that coded for spike proteins possessing a variety of measured affinities for human cells, ranging from high to low. She would insert these spike genes one by one into the backbone of a number of viral genomes (“reverse genetics” and “infectious clone technology”), creating a series of chimeric viruses. These chimeric viruses would then be tested for their ability to attack human cell cultures (“in vitro”) and humanized mice (“in vivo”).

On December 9, 2019, before the outbreak of the pandemic became generally known, Daszak gave an interview in which he talked in glowing terms of how researchers at the Wuhan Institute of Virology had been reprogramming the spike protein and generating chimeric coronaviruses capable of infecting humanized mice.

“And we have now found, you know, after 6 or 7 years of doing this, over 100 new SARS-related coronaviruses, very close to SARS,” Daszak says around minute 28 of the interview. “Some of them get into human cells in the lab, some of them can cause SARS disease in humanized mice models and are untreatable with therapeutic monoclonals and you can’t vaccinate against them with a vaccine. So, these are a clear and present danger….

“Daszak: Well I think…coronaviruses?—?you can manipulate them in the lab pretty easily. Spike protein drives a lot of what happen with coronavirus, in zoonotic risk. So you can get the sequence, you can build the protein, and we work a lot with Ralph Baric at UNC to do this. Insert into the backbone of another virus and do some work in the lab.

In disjointed style, Daszak is referring to the fact that once you have generated a novel coronavirus that can attack human cells, you can take the spike protein and make it the basis for a vaccine.

Today’s podcast provides the full details, covering the origins of covid, the cover-up attempt and the collapse of the cover-up. Now we know that the spike protein used in covid vaccines is actually a communist Chinese military bioweapon.

We also therefore know that covid-19 vaccines are biological weapons designed to exterminate humanity, since they contain the weaponized spike protein that was specifically engineered to attack human ACE2 receptors, which exist all over the body (not just the lungs).

Remember, Fauci and Daszak helped fund the development of genetically engineered “humanized mice” — mice with human lung tissue — in order to maximize the ability of the virus to infect human beings. This is all now admitted.

Hear the full podcast on Brighteon.com: