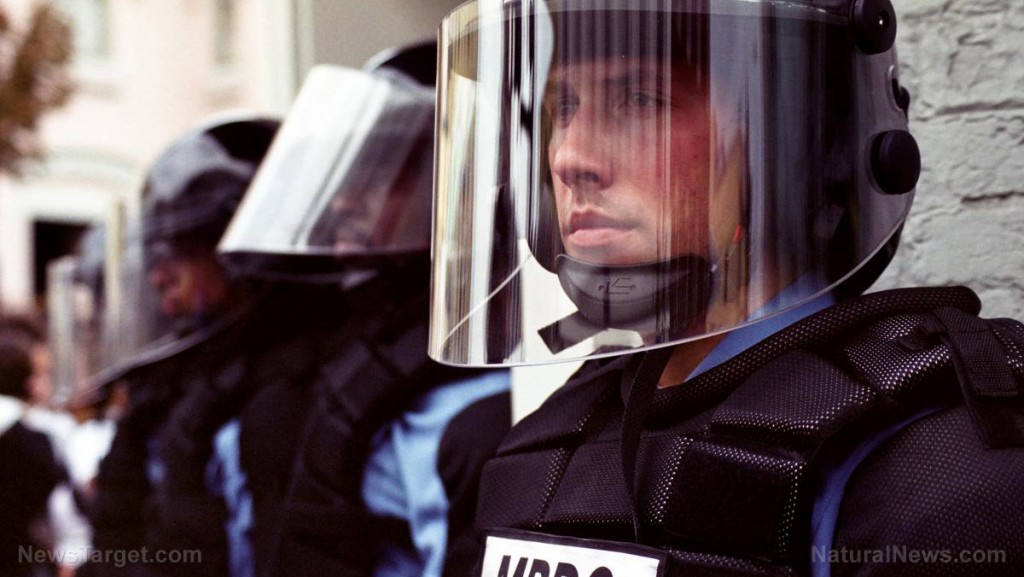 All police officers who refuse to get jabbed with the recommended doses of Wuhan coronavirus (Covid-19) “vaccine” will all soon be hauled off to camps for “education and counseling,” according to Rochelle Walensky from the U.S. Centers for Disease Control and Prevention (CDC).

Precisely who will be doing the hauling (perhaps foreign troops?) remains to be seen since cops are the ones usually tasked with enforcing government orders, but Walensky has promised that it is somehow going to happen to every non-compliant law enforcement official.

“There is a plan, should these people not want to be vaccinated,” Walensky told Fox News‘ Chris Wallace.

Not just police officers but all government workers will be placed in these reeducation camps, Walensky says, just as soon as she and her cronies are ready to execute.

“We have seen that these mandates are getting more and more people vaccinated,” Walensky added.

“What we know from the police workforce is there have been more deaths from the coronavirus over the last year and a half than all other causes of death for that workforce combined. So we believe it is very important to get these people vaccinated.”

Walensky went on to explain that American taxpayer dollars will be used to “get people the information they need so that they are feeling comfortable in getting vaccinated.”

Covid Jab Mandates Have Woken Up the “Sleeping Giant”

All across the United States, police officers, firefighters, and other public servants are being told they have to take the “Operation Warp Speed” injections or else be fired from their positions.

Walensky and her husband have a lot of money to extract out of this whole thing, after all, so they need everyone’s compliance in order to pad their bank accounts.

Many are not complying, though, at much expense to themselves. It turns out that thousands of Americans, and possibly more, still have principles and a conscience. Many also now realize that this whole thing is a sham and are not going to be pushed around by the likes of Walensky.

Washington State trooper Robert LaMay, for instance, signed off from his post after 22 years on the job, telling Democrat Gov. Jay Inslee to “kiss [his] a**.” LaMay went on to warn the Biden regime that it “awoke the sleeping giant” with these mandates.

Former Cincinnati and Detroit police chief James Craig said much the same to Tucker Carlson the other night, warning that “this is all by design” and is “not by accident.”

Democrats, he says, are working to force out all the good cops as part of their “utterly ridiculous defund the police” agenda. Eventually, only bad cops who are “fully vaccinated” will remain.

“Didn’t Hitler and don’t the Chinese have reeducation camps?” asked one commenter at Infowars.

“The government is planning to ‘inform’ the hesitant after they didn’t inform properly in advance anybody who, through propaganda and vile coercion, fell in the trap,” wrote another.

Yet another pointed out that Walensky has black eyes just like all of the other “evil women ‘in the squad.’”

“Black as snakes,” this person wrote.

Others reiterated the fact that medical coercion without informed consent is always tyranny, representing the type of fascism that Antifa, were it truly and anti-fascist group, would be out there protesting against.