You are here: Home / Medical Tyranny / CDC and VAX Companies Tell Airlines Who Can Fly 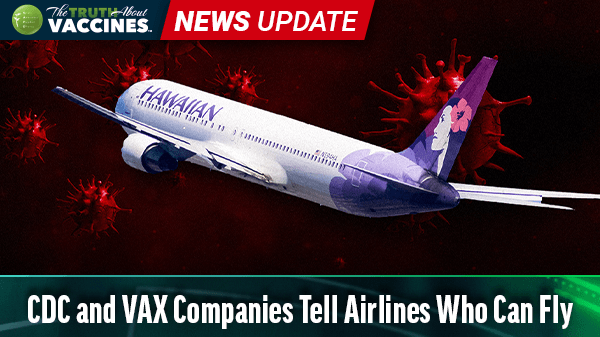 If you thought you’d never see a time come in America where people wouldn’t be allowed to travel unless they were vaccinated against a virus that may not even be around in a year, think again.

That day has come.

The Centers for Disease Control and Prevention, along with authoritarians in mostly Democrat-run states, are now essentially putting the vaccine industry in control over who will get to fly in the very near future and who will get denied, the U.S. Constitution’s ‘right to travel’ guarantee be damned.

The CDC says in no uncertain terms not to travel while sick or after testing positive for the coronavirus. This year, the agency has added more than 400 people to a “Do Not Board” list for covid-19; those on the list will not be issued a boarding pass for any commercial flight in, to or from the United States.

But it’s not just federal agencies. The leaders of one-party-rule states like Maryland, California, Hawaii and other Democrat strongholds are also doing their best imitations of King George when it comes to imposing restrictions regarding the virus — up to and including imprisonment.

“As recent high-profile instances show, having symptoms or even a diagnosis is not enough to keep sick people on the ground. A Hawaii couple who tested positive for the virus was told to isolate in San Francisco; instead, they boarded a plane to Kauai, where they were arrested for reckless endangerment,” the Post reported.

Struggling airlines trying to entice more people to fly have adopted a host of rules including mandatory masking in order to fill planes. But the industry is already trending towards mandating that passengers have so-called “vaccine passports” before they’ll be allowed on board a flight. (Related: Dr. Scott Atlas says America may not survive the corruption, incompetence and FRAUD unleashed by the COVID-19 pandemic.)

That’s because, as the Post reported, more and more people are beginning to complain that the “honor system” — that is, relying on passengers to be honest about whether or not they’ve tested positive or have symptoms of COVID-19 — isn’t reliable.

But it’s also true that a large plurality of people who have contracted the disease have no idea they have it because they’re not symptomatic.

“Individuals can be pre-symptomatic or entirely asymptomatic,” Joshua Barocas, an epidemiologist at the Boston University School of Medicine, told the Post. “In both cases those individuals are still infectious, and the symptom screening tools are completely ineffective.”

He also said that in other instances, travelers simply refuse to be honest because they’ve got places to go and people to see.

“In some cases, this is related to business, and in others it is simply because they have taken a calculated risk and the need to see friends and family outweighs the covid risk,” Barocas added. “In all of these cases, it is clear that [their] self-reporting may not be effective.”

But so what? The CDC, according to the Post, has yet to confirm that anyone who was positive with the virus and flew on a play transmitted it to anyone else.

So — what’s the solution? Well, mandated vaccines, of course, and then proof of vaccination.

“Now that coronavirus vaccines are starting to roll out in the US and abroad, many people may be dreaming of the day when they can travel, shop and go to the movies again. But in order to do those activities, you may eventually need something in addition to the vaccine: a vaccine passport application,” CNN reported this week.

This article was originally published on January 4th by JD Heyes on pandemic.news.com. It has been shared here with permission from the author. Click here for the original article. 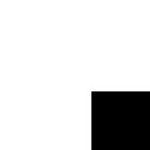 JD Heyes is a seasoned writer, journalist, and columnist specializing in politics, national security issues, healthcare, healthy living and technology coverage. He is a contributing staff writer at naturalnews.com and examiner.com.