Ty Bollinger: About a year ago you were attacked by UNICEF regarding your stance against vaccines. It seems that the United Nations doesn’t believe that we can actually read package inserts on our own.

Ty Bollinger: So can you talk about that? What happened with you being attacked by UNICEF?

Dr. Sherri Tenpenny: Well, I don’t know that I was actually attacked, but I think it was interesting that of all of the anti-vaccine, if you want to qualify it that way, I do not really think of myself as anti-vaccine. I think of myself as more pro-information and pro-education. And once you understand what’s in the vaccines, how they work, and how they do not work, then you become one who says “No thank you.” And I think that’s a very different position than just being anti-something just for the sake of being against it.

So with all of the people out there these days who are now talking about problems associated with vaccines, I would say I’ve probably one of the biggest audiences for that. And so UNICEF was going out and looking at Facebook pages and decided that I was one of the biggest terrorists in terms of vaccine information.

Dr. Sherri Tenpenny: A domestic terrorist, that’s right. Probably global terrorist because my Facebook page goes out to about 12 million people globally. And so they decided that I was one of the people that needed to be brought to attention to say that this is one of those people we really need to keep an eye on.

Ty Bollinger: Now, you mentioned that one of your goals is just to educate, and that’s our goal as well. So educate the viewers here. How are vaccines dangerous? How are they doing harm? How are they not effective? Because if you listen to most conventional medical doctors they’ll say, “Oh of course, you need to get vaccinated. You’re going to do your child harm if you don’t.” So how is that?

Dr. Sherri Tenpenny: Well, it’s just amazing to me how we think we can inject something that has never been tested for carcinogenicity, never been tested to see if it’s mutagenic (which means it changes your DNA), never know whether or not it can cause any autoimmune diseases, but we can perfectly say that it is safe and effective and causes no harm.

If somebody died and made me health Czar tomorrow what I would do is I would round up all the medical doctors, all of them. And I would put them in a big football stadium, and have them read all of the package inserts, particularly the pediatricians.

Read the VAERS reports from the Vaccine Adverse Event Reporting System, and then take an entire test, a written test, on immunology to prove that they know something about the human body. And then have them with good conscience say that what we are injecting into human beings is harmless.

Ty Bollinger: They probably couldn’t do it.

Dr. Sherri Tenpenny: It would be impossible, but that would change everything overnight, wouldn’t it? If suddenly we forced physicians to look at the truth about these injectables because all we are really doing with these things is trying to prevent diseases that are a fever, a cough, a rash, and some diarrhea. Really? For what kind of harm that we’re causing?

←
Previous
Didn’t Vaccines Wipe Out Diseases? The Untold Truth About Vaccines (video)
→
Next
Can Vaccine Ingredients Cause Cancer? (video) 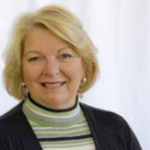 Dr. Sherri Tenpenny is respected as one of the country’s most knowledgeable and outspoken physicians regarding the impact of vaccines on health.Dr. Tenpenny is an outspoken advocate for free choice in healthcare, including the right to refuse vaccination. As an internationally known speaker, she is highly sought after for her ability to present scientifically sound information regarding vaccination hazard and warnings that are rarely portrayed by conventional medicine. Most importantly, she offers hope through her unique treatments offered at Tenpenny Integrative Medical Center for those who have been vaccine-injured. Dr. Tenpenny is also an expert on women’s breast health and the use of iodine for disease.