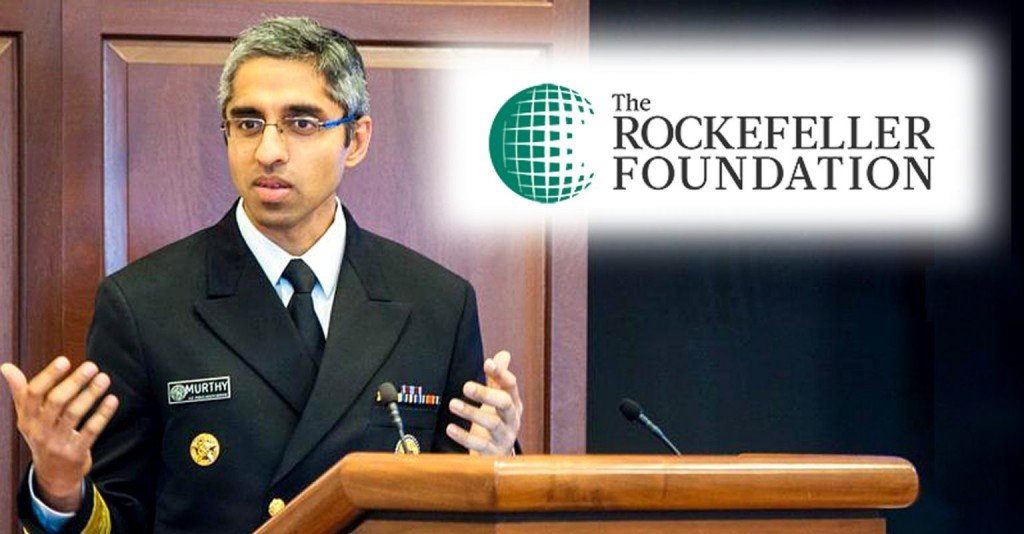 U.S. Surgeon General Dr. Vivek Murthy on Thursday issued an advisory warning the American public about the “urgent threat” of health misinformation and disinformation that have “threatened the U.S. response to COVID-19 and continue to prevent Americans from getting vaccinated, prolonging the pandemic and putting lives at risk.”

The 22-page advisory calls on Big Tech and social media companies to take more responsibility to stop the online spread of health misinformation.

Murthy, who operates under the U.S. Department of Health and Human Services (HHS), said in a press release, “As Surgeon General, my job is to help people stay safe and healthy, and without limiting the spread of health misinformation, American lives are at risk.”

According to the HHS press release, whether “health misinformation” is false, inaccurate or misleading will be determined by the “best available evidence.”

The advisory further defined the “best available evidence” standard as the preferred benchmarkbecause “claims can be highly misleading and harmful even if the science on an issue isn’t yet settled.”

“We can meaningfully improve the health information environment even without a consensus definition of misinformation,” Murthy said.

The full advisory lays out recommendations for families, health professionals, researchers, educators, media, funders, government and technology platforms, and urges individuals to take responsibility to limit the spread of misinformation.

Schools and educational institutions are encouraged to crack down on misinformation by educating people on “tactics used by those who deny scientific consensus on health issues” and “introduce conspiracies.”

In an interview with NPR, Murthy said Americans must do their part to fight misinformation. “COVID has really brought into sharp focus the full extent of damage that health misinformation is doing,” Murthy said ahead of the advisory’s release.

In a White House press briefing Thursday, press secretary Jen Psaki singled out Facebook as needing to do more to combat COVID vaccine misinformation on its platform.

“Facebook needs to move more quickly to remove violative posts,” Psaki said. “Posts that will be within their policies’ removal often remain up for days. That’s too long. The information spreads too quickly,” she said.

The source pointed to how Robert F. Kennedy Jr., co-founder and chair of Children’s Health Defense, was banned from Instagram, which is owned by Facebook, but not from Facebook itself.

The Facebook spokesperson told CNN, “We don’t automatically disable accounts across our apps, because the accounts may post about different things on our different services.”

In an interview today with The Defender, Kennedy said:

“I’m very happy to debate the Surgeon General or to line my stacks up against his and allow the public to judge which one of us is the source of misinformation — is the font of all the vaccine misinformation, disinformation and obfuscation. I would also remind the Surgeon General that censorship by the government is not just un-American, it’s unconstitutional, and he should have the confidence in his policies in the marketplace of ideas and not have to rely on coercion.”

Kennedy said it’s not up to the government or CNN to decide. He said:

Psaki called for Facebook to make more information public about who, and how many people are seeing and interacting with what the administration labels “misinformation” about COVID.

The CNN source said administration officials were frustrated with what they view as Facebook’s failures to uphold its own policies on vaccine misinformation — the company often does not act fast enough or is inconsistent in its policing of violating content, the officials complain.

On the same day the surgeon general issued his advisory, The Rockefeller Foundation issued a press release announcing $13.5 million in new funding to, among other things, “counter health mis- and disinformation — confusing, inaccurate, and harmful information that spreads at an unprecedented speed and scale and threatens the health and wellbeing of communities around the world.”

The Foundation cited the surgeon general’s call for a “whole-of-society effort” so that people around the world know what to do and can trust the sources they hear from during a public health emergency, such as the COVID pandemic.

“By identifying mis- and disinformation as a challenge to our collective health, the surgeon general’s guidance reinforces The Rockefeller Foundation’s role in investing in data-driven public health interventions to meet the unique challenges of today’s media environment,” said Bruce Gellin, the foundation’s chief of global public health strategy.

The foundation said the funding will “support the design and evaluation of interventions, tools and methods to build trust in COVID vaccination efforts and counter inaccurate information and research to understand how inaccurate health information impacts online and offline behaviors, the true cost of mis- and disinformation on health and economic outcomes and what strategies might be most effective to counter and manage inaccurate and harmful information from malicious sources.”

Detailed information is slated to be released by the end of 2021, the foundation said.