You are here: Home / Medical Tyranny / Pfizer Scientist: “Your Antibodies are Probably Better than the Vaccination” 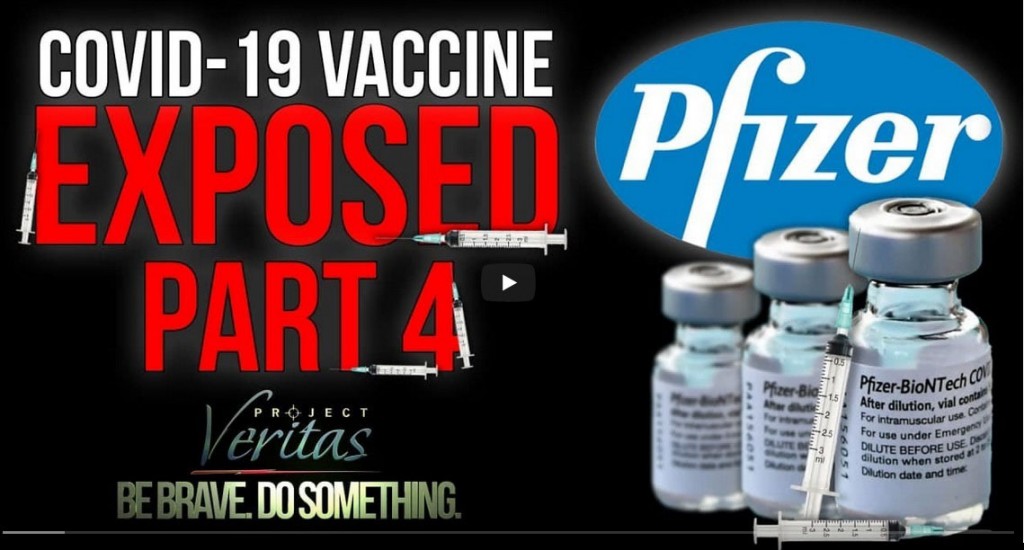 On Monday, 10/4/21, Project Veritas released the fourth video of its COVID vaccine investigative series, exposing three Pfizer officials saying that antibodies lead to equal, if not better, protection against the virus compared to the vaccine.

“When somebody is naturally immune — like they got COVID — they probably have more antibodies against the virus…When you actually get the virus, you’re going to start producing antibodies against multiple pieces of the virus…So, your antibodies are probably better at that point than the [COVID] vaccination,” Karl said. Notwithstanding, Karl still believes that vaccine mandates are positive for society.

“The city [of New York] needs like vax cards and everything. It’s just about making it so inconvenient for unvaccinated people to the point where they’re just like, ‘F*ck it. I’ll get it.’ You know?”

Another Pfizer scientist, Rahul Khandke, admitted his company demands that its employees keep information from the public.

“We’re bred and taught to be like, ‘vaccine is safer than actually getting COVID.’ Honestly, we had to do so many seminars on this. You have no idea. Like, we have to sit there for hours and hours and listen to like — be like, ‘you cannot talk about this in public,’” Khandke said.

Khandke also signaled that proof of antibodies is on par with proof of vaccination.  “If you have [COVID] antibodies built up, you should be able to prove that you have those built up,” he said.