You are here: Home / Vaccine Safety / Pfizer Projects $33 Billion in COVID Vaccine Revenues, Driven by Boosters and Vaccines for Kids 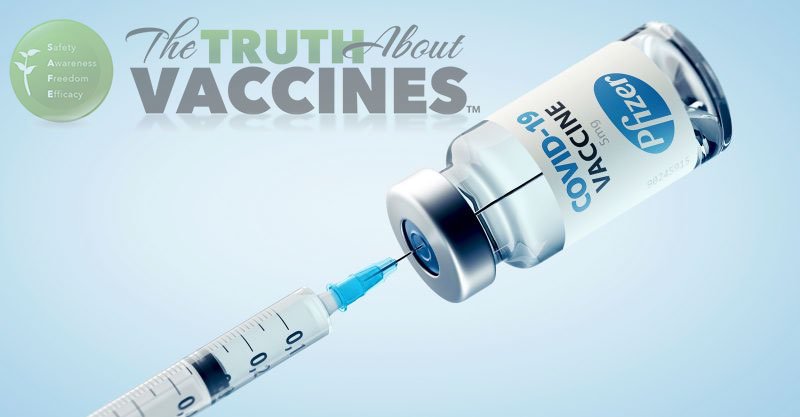 During a July 28 second quarter earnings call, Pfizer told investors the company has increased its revenue projection, now expected to be in the range of $78 to $80 billion.

The company projected revenue from its COVID vaccine alone will hit $33.5 billion — a 29% jump from the previously estimated $26 billion. Pfizer registered $7.8 billion in COVID vaccine sales in the second quarter, bringing total worldwide sales so far this year to $11.3 billion.

The new profit forecast doesn’t include a contract struck last week with the Biden administration to provide an additional 200 million doses to the U.S.

“The federal government is exercising an option in its contract with Pfizer to purchase 200 million doses of the Pfizer vaccine to be delivered between fall 2021 and spring 2022 to prepare for future vaccination needs, including vaccines for children under 12 and possible booster shots if studies show they are necessary.”

The pharmaceutical giant plans to deliver 2.1 billion doses this year and has the capacity to manufacture 4 billion doses next year, CEO Albert Bourla said during the conference call.

The U.S. previously paid $19.50 per dose for the Pfizer-BioNTech vaccine, but Pfizer recently raised the price for the government to $24 per dose.

A Pfizer spokesman said last week in a statement:

“The price for this order accounts for the additional investment necessary to produce, package and deliver new formulations of the vaccine, as well as the increased cost associated with delivering the vaccine in smaller pack sizes to facilitate delivery at individual provider offices, including pediatricians.”

Pfizer based the vaccine’s original price on the need for governments to secure doses and get the virus under control, but CFO Frank D’Amelio said in March the company planned to “get more on price” once the pandemic waned and the company was no longer in a “pandemic pricing environment.”

Pfizer’s COVID vaccine is currently on pace to be the world’s top-selling drug of all time, Axios reported — and now Pfizer is pushing for people to get a third “booster” shot of its vaccine to combat the Delta variant.

Pfizer said Wednesday it is in ongoing discussions with regulatory agencies regarding a potential third dose booster of the current vaccine and, assuming positive results, anticipates an Emergency Use Authorization (EUA) submission as early as August.

Bourla said the company believes “it is likely that a third dose booster may be needed within 6 to 12 months after full vaccination to maintain the highest levels of protection, and studies are underway to evaluate the safety and immunogenicity of a third dose.”

Pfizer said it has new data showing a third dose of its vaccine significantly increases antibody levels against the Delta variant.

But epidemiologists have pointed out that higher antibody levels do not mean higher protection.

U.S. health agencies said earlier this month there’s no evidence to suggest a booster is needed, but it may be appropriate for special risk groups in the future, including elderly people and transplant recipients. Federal public health officials said they would continue to monitor the situation.

Pfizer executives met privately with U.S. senior scientists and regulators on July 12, to press their case for quick authorization of COVID booster vaccines amid pushback from federal health agencies

Officials said after the meeting that more data — and possibly several more months — would be needed before regulators could determine whether booster shots were necessary, threatening the pharmaceutical giant’s multibillion-dollar revenue stream.

During this week’s call, Pfizer also announced plans to start an immunogenicity and safety study in August to evaluate an updated version of its current vaccine. The new version is specifically designed to target the Delta variant — pending regulatory approval.

During a February earnings call, Bourla told analysts the company could make significant profits by charging higher prices and implementing routine booster doses for new variants of the virus, assuring investors the company didn’t see this as a one-time event, but “as something that’s going to continue for the foreseeable future.”

Bourla said during the call this week he anticipates that by the end of September, testing in 5- through 11-year-old volunteers will produce the safety and efficacy data needed to seek EUA in that age group, and data on testing in children from 6 months to 5 years old should follow soon after.

This week, Pfizer and Moderna announced they will expand clinical trials of their mRNA vaccines, after the U.S. Food and Drug Administration (FDA) told the vaccine makers the size and scope of their pediatric studies, as initially envisioned, were inadequate to detect rare side effects.

Expanding the pediatric trials means thousands more children as young as 6 months old may soon be recruited and enrolled in COVID vaccine trials.