You are here: Home / Medical Tyranny / Misinformation, Malice, & Manipulation by the Mainstream Media Part I 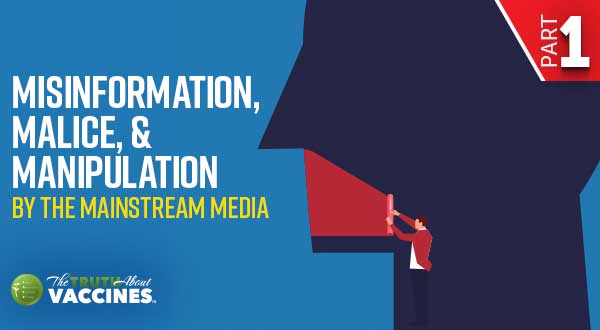 For the past 18 months, we’ve been on a roller coaster ride of information from leading media outlets and government agencies. From the origin of COVID-19 to the best prevention methods, it seems like the truth continues to change as time marches on. But the truth – by definition – is constant; like true north or gravity, it is absolute and unchanging.

But government leaders (along with the tech and pharmaceutical sectors) have been working hard to silence that absolute truth in favor of… well, whatever narrative best fits their agenda at any given moment. And recent information has shown just how wrong the “reliable sources” have been – and just how right we and the rest of the “Disinformation Dozen” have been.

So let’s examine some of the lies, evaluate the latest information, and reflect back on the information we’ve been disseminating over the past year and a half.

Back in January 2020, long before the economic shutdowns or tyrannical quarantine orders, we published an article titled “Man-mad Coronavirus Kills Hundreds”. In that article, we went over the swift and far-reaching censorship that almost immediately took over social media, the true origins of the virus, and warned of the government overreach, suppression of free speech, and compulsory vaccines that were on the horizon.

And we weren’t wrong.

Facebook had announced that it would remove any content about the coronavirus “with false claims or conspiracy theories that have been flagged by leading global health organizations and local health authorities,” saying such content would violate its ban on misinformation leading to “physical harm.”

Google followed suit, pushing updates from the WHO to the top of search results involving the coronavirus. YouTube, owned by Google, will also make it harder to find independent information about the virus, promoting videos from public health organizations and mainstream media outlets.

Twitter said that it would begin prompting users who search for the coronavirus to first visit official channels of information about the illness. In the United States, for example, Twitter directs users to the Centers for Disease Control and Prevention, beneath a bold headline that reads: “Know the facts.”

Chinese officials arrested 8 medical professionals who tried to warn people of the disease back in December. Each detainee was part of a medical school’s alumni group on WeChat, a popular social network in China, and they were concerned that SARS, Severe Acute Respiratory Syndrome, was back. (SARS is a type of coronavirus.)

According to The Daily Beast:

It wasn’t long before police detained them. The authorities said these eight doctors and medical technicians were “misinforming” the public, that there was no SARS, that the information was obviously wrong, and that everyone in the city must remain calm. On the first day of 2020, Wuhan police said they had “taken legal measures” against the eight individuals who had “spread rumors.”

We warned that this bowdlerization of information would lead to more infections, more economic hardship, and more division in our communities. So far, that seems to be true. In fact, thousands of users and millions of posts have been banned or removed from various social media sites for sharing information about hydroxychloroquine, suggesting that the data from the CDC was misleading, or exploring the epidemiological origin of this mutated coronavirus.

And that last topic was a real battleground in itself.

One of the biggest points of contention in the information struggle has been the origin of the virus. Since the very beginning, we’ve been told that this was a naturally-occuring mutation of a known strain of coronavirus that had somehow passed from bats to humans. The consensus narrative (originally concocted by Chinese state media) was that the virus had somehow spread from a wet market in Wuhan.

But the truth was out there, and we were among the first to share that truth with the world. The following is an excerpt from our 2020 article, published on January 31st:

Officials would have you believe that the new coronavirus began when someone ate contaminated bat soup at a Wuhan seafood and animal market, but that is a flat-out lie. And a paper published in The Lancet last week has the proof.

The paper, written by a large group of Chinese researchers from several institutions, offers details about the first 41 hospitalized patients who had confirmed infections with what has been dubbed 2019 novel coronavirus (2019-nCoV). In the earliest case, the patient became ill on 1 December 2019 and had no reported link to the seafood market, the authors report.

“No epidemiological link was found between the first patient and later cases,” they state. Their data also show that, in total, 13 of the 41 cases had no link to the marketplace. “That’s a big number, 13, with no link,” says Daniel Lucey, an infectious disease specialist at Georgetown University.

Lucey says if the new data are accurate, the first human infections must have occurred in November 2019—if not earlier—because there is an incubation time between infection and symptoms surfacing. If so, the virus possibly spread silently between people in Wuhan—and perhaps elsewhere—before the cluster of cases from the city’s now-infamous Huanan Seafood Wholesale Market was discovered in late December. “The virus came into that marketplace before it came out of that marketplace,” Lucey asserts.

The much more likely scenario is that a weaponized version of the virus was released (whether intentionally or not) by Wuhan’s Institute of Virology – a level-4 biohazard lab which was studying “the world’s most dangerous pathogens.”

The institute even has an ad for researchers to help use “bats to research the molecular mechanism that allows Ebola and SARS-associated coronaviruses to lie dormant for a long time without causing diseases.”

The job is for a lab run by Dr. Peng Zhou, Ph.D., a researcher at the Wuhan Institute of Virology and Leader of the Bat Virus Infection and Immunization Group. Since 2009, Peng has been the leading Chinese scientist researching the immune mechanism of bats carrying and transmitting lethal viruses in the world.

His primary field of study is researching how and why bats can be infected with some of the most nightmarish viruses in the world including Ebola, SARS and Coronavirus, and not get sick. As part of his studies, Peng also researched mutant Coronavirus strains that overcame the natural immunity of some bats; these are “superbug” Coronavirus strains, which are not resistant to any natural immune pathway, and now appear to be out in the wild.

The institute is about 13 miles away from the market that China claims as the source of the outbreak.

What exactly does that mean? Basically, this means that we are dealing with a brand new type of ‘man-made’ coronavirus. The study’s authors rejected the original hypothesis that the virus originated from random natural mutations between different coronaviruses.

“Certain laboratories in the institute have probably been engaged, in terms of research and development, in Chinese [biological weapons], at least collaterally, yet not as a principal facility of the Chinese BW alignment,” Mr. Shoham told The Washington Times. Work on biological weapons is conducted as part of dual civilian-military research and is “definitely covert,” he said.

Of course this information was heavily censored on social media, while major news outlets and government officials continued to hammer home the message: COVID-19 IS NOT MAN-MADE.

But information released over the past few weeks has been so compelling that the lab-leak theory can no longer be ignored. Even Facebook has reversed its original decision to delete content suggesting the virus was man-made. But more on that shortly.

We also warned of the vast government overreach and oppression that were sure to come. Unfortunately, we were right on the money there as well. The massive power grab displayed by our leaders was unprecedented and ruled by fear and ignorance. Businesses were forced to close, with many never to reopen. Children were kept home from school as suicide, mental illness, abuse, hunger, and job-loss mortality skyrocketed.

Even now, at what seems like the end of our COVID-19 journey, experimental vaccines are being pushed more aggressively than any drug in history. From french fries and firearms to lap dances and lottery tickets, Big Pharma and their government lackeys are using any and every possible incentive to administer more of these vaccines.

Meanwhile, information continues to arise that shows just how WRONG our leaders truly were. While slandering and suppressing voices like ours (voices that turned out to be… ahem… RIGHT), these “trusted sources” and “industry experts” changed direction like a kite in the wind.

All said and done, the “trusted sources” and “industry experts” have loudly and confidently told their stories and made their assumptions… all while slandering and silencing those who disagree. But as we can see, what they call “truth” and “misinformation” changes pretty regularly. In Part 2, we’ll take a look at some of the “absolute truths” that seem to have changed over the past year. 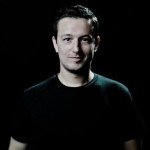 Alexander is a staff writer for The Truth About Cancer with over a decade of experience researching and reporting on the medical and pharmaceutical industries. After majoring in Journalism at Towson University, he worked as a freelance journalist for several local publications before establishing himself as a medical researcher and reporter and advocating for safe, natural alternatives to toxic interventions.