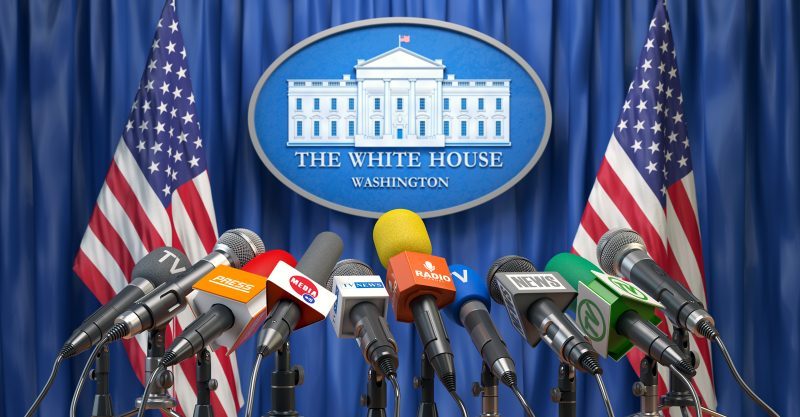 The Biden administration made direct payments to nearly all major corporate media outlets to deploy a $1 billion taxpayer-funded outreach campaign designed to push only positive coverage about COVID-19 vaccines and to censor any negative coverage.

Media outlets across the nation failed to disclose the federal government as the source of ads in news reports promoting the shots to their audiences.

According to a Freedom of Information Request filed by The Blaze, the U.S. Department of Health and Human Services (HHS) purchased advertising from major news outlets including ABC, CBS, NBC, Fox News, CNN and MSNBC.

In addition to paying news outlets to push the vaccines, the federal government bought ads on TV, radio, in print and on social media as part of a “comprehensive media campaign,” HHS documents show.

The ad campaigns were timed in conjunction with the increased availability of COVID vaccines. They featured “influencers” and “experts,” including Dr. Anthony Fauci, chief medical advisor to the White House and director of the National Institutes of Allergy and Infectious Diseases.

In March 2021, Facebook announced a social media plan to “help get people vaccinated,” and worked with the Biden administration and U.S. health agencies to suppress what it called “COVID misinformation.”

BuzzFeed News advised everyone age 65 or older, people with health conditions that put them at high risk of severe illness from COVID, healthcare workers and those at high risk of exposure to the virus to get vaccine boosters, in accordance with guidance from the Centers for Disease Control and Prevention (CDC).

Other publications, including the Los Angeles Times, featured advice from experts on how readers could convince “vaccine-hesitant people” to change their minds.

Newsmax said COVID vaccines have “been demonstrated to be safe and effective” and “encouraged citizens, especially those at risk, to get immunized.”

Yet, the latest data from the CDC’s Vaccine Adverse Event Reporting System shows 1,151,450 reports of adverse events from all age groups following COVID vaccines, including 24,827 deaths since Dec. 14, 2020.

Numerous scientists and public health experts have questioned the safety and efficacy of COVID vaccines, as well as the data underlying the U.S. Food and Drug Administration’s authorization of the shots.

The media rarely covered negative news stories about COVID vaccines, and some have labeled anyone who questions the shots “science denialists” or “conspiracy theorists.”

“These outlets were collectively responsible for publishing countless articles and video segments regarding the vaccine that were nearly uniformly positive about the vaccine in terms of both its efficacy and safety,” The Blaze reported.

In March 2021, Congress appropriated $1 billion U.S. tax dollars for the Secretary of Health and Human Services to spend on activities to “strengthen vaccine confidence in the United States,” with $3 billion set aside for the CDC to fund “support and outreach efforts” in states through community-based organizations and trusted leaders.

Federal law allows HHS, acting through the CDC and other agencies, to award contracts to public and private entities to “carry out a national, evidence-based campaign to increase awareness and knowledge of the safety and effectiveness of vaccines for the prevention and control of diseases, combat misinformation about vaccines and disseminate scientific and evidence-based vaccine-related information, with the goal of increasing rates of vaccination across all ages … to reduce and eliminate vaccine-preventable diseases.”

HHS did not immediately respond to The Blaze when asked if the agency used taxpayer dollars to pay for people to be interviewed, or for a PR firm to place experts and celebrities in interviews with news outlets.

“Advertisers pay for space to share their messages, as was the case here, and those ads are clearly labeled as such,” Shani George, vice president of communications for The Washington Post, said in a statement. “The newsroom is completely independent from the advertising department.”

Although The Washington Post may have several departments, they’re all under the authority of the same CEO and key executive team.

A spokeswoman for the Los Angeles Times said their “newsroom operates independently from advertising.”

According to Desert News, Emerald Robinson, an independent journalist who previously served as the chief White House correspondent for Newsmax and One America News, said she was contacted by a whistleblower inside Newsmax who confirmed the news organization’s executives agreed to take money from HHS under the Biden administration to push only positive coverage of COVID vaccines.

Robinson was also contacted by top Newsmax executives in 2021 and told to stop any negative coverage of the COVID shots as “it was problematic.”

Robinson said she was warned multiple times by executives and was told by PR experts who worked with Newsmax that medical experts or doctors likely to say negative things about COVID vaccines would not be booked as guests.

Robinson was reportedly fired by Newsmax after tweeting “conspiracy theories” about COVID vaccines and was later banned from Twitter for “repeatedly violating the platforms’ rules on COVID-19 misinformation.”

Newsmax CEO Chris Ruddy in an op-ed applauded Biden for his vaccine efforts.

“At Newsmax, we have strongly advocated for the public to be vaccinated. The many medical experts who have appeared on our network have been near-unanimous in support of the vaccine. I myself have gotten the Pfizer vaccine. There’s no question in my mind, countless lives would have been saved if the vaccine was available earlier.”

In other examples cited by The Blaze, “fear-based vaccine ads” from HHS featuring “survivor” stories from COVID patients who were hospitalized in intensive care units were covered by CNN and discussed on ABC’s “The View” last October.

As The Defender reported in September, a group of people injured by COVID vaccines reached out to the media to tell their stories, only to be told by news agencies they could not cover COVID vaccine injuries.

Kristi Dobbs, 40, was injured by Pfizer’s COVID vaccine. Dobbs spent months pleading with U.S. health agencies to research the neurological injuries she and others are experiencing in hopes of finding a treatment.

Dobbs said she and others knew they needed to tell their stories, without causing “vaccine hesitancy,” to protect others from the same fate — so members of the group started writing and calling anyone who would listen, including reporters, news agencies and members of Congress.

Dobbs said they tried the best they could as simple Americans to reach out to those who would hear their stories. Finally, a reporter from a small media company was willing to do a story. Dobbs and others from the group participated in a 2-hour and 40-minute interview.

“The story never went anywhere,” Dobbs said. She said the reporter told them a “higher up” at Pfizer made a call to the station and pressured staff there into not covering any other stories about vaccine adverse reactions.

In addition, Pfizer has contracts with the federal government, which has spent billions of American tax dollars both buying COVID vaccines and promoting only positive coverage to the public.

Liberty Counsel founder and Chairman Mat Staver told Desert News, “People have been injured and died as a result of the most extensive propaganda campaign in U.S. history and it was paid for with our taxpayer dollars.”

COVID vaccines are not safe or effective, but the American public has been given propaganda by the Biden administration instead of truth from the news media, Staver said.

“The consequence is that many people have needlessly suffered as a result of the censorship and propaganda.”

←
Previous
Florida Health Department Recommends Against COVID Jab for Kids
→
Next
Should I Get a Flu Shot? (+9 Ways to Fight the Flu Naturally)