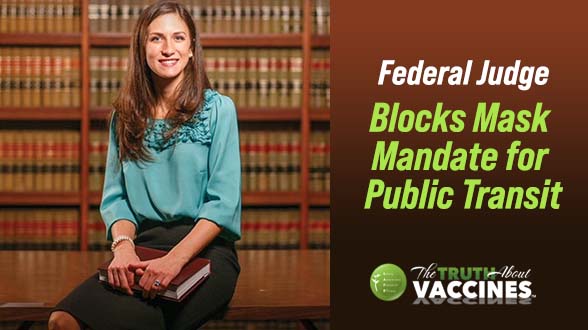 A federal judge in Florida this week ended the blight of mask mandates on public transit. As of Monday evening, masks are no longer required on airplanes, trains, buses, or cabs (including rideshare services like Uber and Lyft).

Last week, the CDC extended the federal transportation mask requirement that had been in place since February of 2021. After multiple extensions, it was scheduled to end on May 3rd (barring another extension). Airlines and the hospitality industry had been lobbying the White House to overturn both the mask rule and the requirement to test before returning to the United States from abroad.

In one of the most recent letters, dated April 8, Airlines for America, an industry group representing eight airlines; the U.S. Travel Association, a trade group representing more than 1,000 public and private organizations catering to business and leisure travelers; the U.S. Chamber of Commerce, the nation’s largest business lobbying group; and the American Hotel and Lodging Association, which represents thousands of hotels, sent a letter to Dr. Ashish K. Jha, the new White House Covid response coordinator, arguing that the unnecessary measures were hurting the country economically.

But the extension turned out to be meaningless, thanks to U.S. District Judge Kathryn Kimball Mizelle, an appointee of President Donald Trump. The ruling came in a lawsuit filed last year in Tampa, Florida, by a group called the Health Freedom Defense Fund.  Judge Mizelle said the CDC had exceeded its authority with the mandate, had not sought public comment, and did not adequately explain its decisions.  By the way, Judge Mizelle is a Covenant College graduate, which is where our son Bryce is currently enrolled. (#goscots #realscotswearblue)

“Effective immediately, masks are optional for all airport employees, crew members and customers inside U.S. airports and onboard aircraft. We are relieved to see the U.S. mask mandate lift to facilitate global travel as COVID-19 has transitioned to an ordinary seasonal virus.”

A U.S. administration official said while the agencies were assessing potential next steps, the court’s decision meant CDC’s public transportation masking order was no longer in effect. The administration could still opt to appeal the order or seek an emergency delay in the order’s enforcement.

“Therefore, TSA will not enforce its Security Directives and Emergency Amendment requiring mask use on public transportation and transportation hubs at this time,” the official said in a statement.

The Transportation Security Administration said it will rescind the new Security Directives that were scheduled to take effect on Tuesday. This is a huge win by the Health Freedom Defense Fund, who have been active in filing lawsuits against unlawful vaccine and masking mandates on the federal, state, and local levels.

“Without any public comment, or serious scientific justification, CDC bureaucrats imposed a sweeping Travel Mask Mandate applying to every American over the age of two,” said HFDF President Leslie Manookian.  “There are laws that set boundaries for federal agencies to protect individual freedom and the Court clearly found that CDC exceeded those limits.  Unelected officials cannot do whatever they like to our personal freedoms just because they claim good motives and a desirable goal.”

Some lawmakers seemed confused by how the 3-branch system of government works in the United State, however, as one state representative demonstrated on Twitter.

Today a federal judge called it overreach for US health officials to require masks on airplanes & other public transit, and no matter how you feel about masks, you should be really, really concerned that the Courts are effectively taking away power from the federal government.

But the truth is that it is the role of the courts to reign in the executive and legislative branches when they overstep their constitutional authority. (Ironically, Ms. Sabadosa didn’t seem “really, really concerned” when judges in Hawaii and Washington issued injunctions on then-President Trump’s immigration orders.)

We’ve already seen that states with severe COVID restrictions have not fared better than states who have had the least restrictive response. Of the 50 states and the District of Columbia, Florida ranked 28th in mortality, in the middle of the pack and about the same as California, which ranks 27th despite its far more stringent lockdowns and school closures. But Florida ranks third for the least education loss and 13th in economic performance. California ranks 47th overall because its shutdowns crushed the economy (40th) and in-person school (50th).

These measures don’t work; they never did.