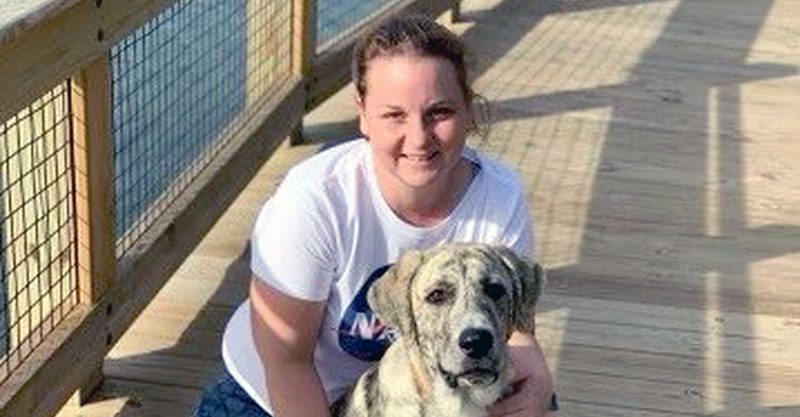 The family of a Michigan woman says she died as the result of complications 11 days after receiving the Johnson & Johnson (J&J) COVID vaccine.

“It is with profound sadness that we share the news of Anne’s passing. Anne (Annie), who was 35, was a loving mother, wife, sister and daughter,” the family said in a statement provided by Lambert, a Grand Rapids public relations firm that is providing its services to the family pro bono.

VanGeest received the J&J shot on April 8, five days before the Centers for Disease Control and Prevention (CDC) paused the vaccine to investigate reports of potentially dangerous blood clots in women who received the shot.

VanGeest’s family said her headache started on April 16 — eight days after being vaccinated. She died three days later. Her death certificate notes a natural death, specifically from an acute subarachnoid hemorrhage, or bleeding between the brain and tissue around the brain.

Symptoms of the rare blood clots typically develop six to 15 days after getting the shot.

“These initial symptoms are fairly vague and nonspecific,” said Dr. Tom Shimabukuro of the CDC COVID-19 Response. “(It’s) mainly headache, but importantly, the headaches for these started six or more days after vaccination.”

In an email to the VanGeest family, the CDC confirmed her death had been reported to VAERS, but said the system is not designed to determine whether a reported adverse event was caused by the vaccine.

“When VAERS receives reports of serious illness or death after vaccination, VAERS staff contact the hospital where the patient was treated to obtain the associated medical records to better understand the adverse event,” the CDC said.

The Defender has repeatedly reached out to the CDC since March 8 to determine how investigations into reported deaths are conducted, but have yet to receive a response.

On April 13, the CDC and FDA called for an immediate halt to the use of J&J’s COVID vaccine, marketed under the company’s Janssen subsidiary, while they investigated at least six cases of a rare and serious disorder called cerebral venous thrombosis (CVT).

CVT occurs when a blood clot forms in the brain’s venous sinuses. The clot prevents blood from draining out of the brain. As a result, blood cells may break and leak blood into the brain tissues, forming a hemorrhage.

On April 14, the CDC’s Advisory Committee on Immunization Practices (ACIP) postponed a vote on whether to lift the pause on the J&J vaccine, effectively extending it pending further analysis of data relating to blood clots in people who received the vaccine.

On April 23, the ACIP voted 10 – 4 to recommend lifting the pause of the J&J shot without restrictions or an additional warning about the risk of blood clotting disorders after analyzing 15 cases of rare blood clots, including three deaths, according to a slide presentation shared during the meeting.

The ACIP said the link between blood clots and J&J’s COVID vaccine was “plausible,” but concluded the vaccine’s benefits outweigh the risks. The FDA and CDC voted to lift the pause, but the FDA said it would add a warning label about potentially serious blood clotting disorders.

Denmark health officials announced Monday they would remove the J&J vaccine from the country’s vaccine program after concluding that the benefits of the vaccine do not outweigh the risk of blood clots.

On April 30 Children’s Health Defense queried the VAERS data for a series of adverse events associated with the formation of clotting disorders and other related conditions. VAERS yielded a total of 1,845 reports for all three vaccines from Dec. 14, 2020, through April 23.

Of the 1,845 cases reported, there were 655 reports attributed to Pfizer, 577 reports to Moderna and 608 reports to J&J. However, U.S. health officials only acknowledged 15 blood clot cases associated with the J&J vaccine at the April 16 meeting.

A query in VAERS for subarachnoid brain hemorrhage yielded 31 cases, eight of which were associated with J&J’s COVID vaccine.

←
Previous
Coming Soon — Vaccine Passports Will Determine Where You Can Go and What You Can Do
→
Next
Physicians, Surgeons Call on Universities to Reverse COVID Vaccine Mandates