You are here: Home / News / Mother Forced to Remove Son from School Due to NY Vaccine Exemption Law 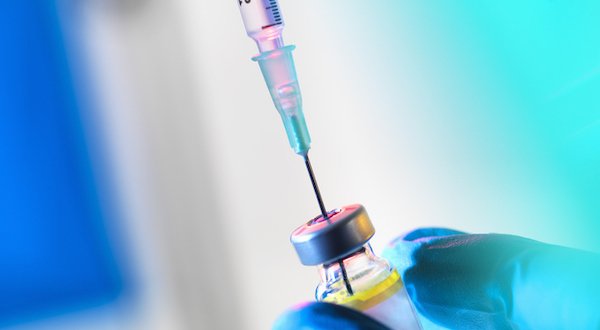 Over the last couple of years, vaccinations have been mandated in many states throughout the U.S. Where it was once possible to use a philosophical, personal or religious exemption to refuse vaccinations, many states have now made it far more difficult for parents to avoid having their children vaccinated.

Vaccination exemption laws vary from state to state, however, many states have made it very difficult for parents wishing to avoid vaccinations to find a loophole in the law to allow them the freedom of choice that they once had.

This is because the U.S. government and the medical establishment believe that, without childhood vaccinations, many children will become sick and die from diseases like measles and whooping cough and it appears that they could be correct.

That is, if we choose to believe the recent article published by WebMD, who reported that, in 2019, outbreaks of measles were the worst seen for many years, and that, according to the Centers for Disease Control and Prevention (CDC), there has been multiple outbreaks of measles in the states of New York, Washington, Texas, Illinois, and California.1

These apparent scare tactics appear to be working well, because, according to reports, more and more states are changing their exemption laws to enable them to force vaccinations upon every U.S. citizen, whether they like it or not.

For example, in June 2019, CBS News reported that New York had joined a handful of states that had decided to make the decision to no longer allow religious exemptions to refuse vaccinations. They reported that:

The Senate voted 36-26 and the Assembly voted 77-53. The only exception to the new legislation is for children who cannot be safely vaccinated due to a medical condition. Religious exceptions will no longer be permitted.”2

New York lawmakers are not alone in their decision because they joined California, Mississippi, West Virginia, and Maine, whose lawmakers have also made the decision to decline religious exemptions.

This move has angered many parents because they believe that they have had their fundamental right to the freedom of choice taken away.

Ms. Walker told me that she had been forced to remove her special needs son from his school due to her decision to refuse to comply with NY legislation. She stated that:

On June 13, 2019, our sincerely held religious beliefs did not magically disappear, despite the vote cast by the NYS legislature and governor to oust unvaccinated children from the public school setting, which includes disabled children receiving a multitude of warranted therapeutic interventions. New York state’s gross bureaucratic overreach has now caused harm to thousands of New York children by segregating and denying them an education based upon their sincerely held religious beliefs, including the most vulnerable special needs children.”

Many believe that she has a valid point, why should parents be forced to turn their back on their religion, just because their government demands them to do so?

Ms. Walker says that her son is extremely upset that he has been segregated from his classmates and that his government has denied him access to free and appropriate education, which has been secured by the Individuals with Disabilities Education Act (IDEA), for any child who has been classified disabled and has an Individual Education Plan (IEP).

It appears that while the U.S. government has denied education to any pupil who refuses to comply with their demands, members of the American Medical Association (AMA) can use both religious and philosophical exemptions to refuse vaccinations themselves.

In a shocking article published in February 2019 by First Freedoms, author Kevin Barry explained that while the AMA was seeking to enforce ever more stringent state vaccination requirements on the citizens of America, the same rules do not apply to their own members, because it appears they are allowed to use both philosophical exemptions and religious exemptions to vaccination for THEMSELVES.3

According to Barry, the AMA’s Code of Ethics, Option 8.7, states that:

As professionals committed to promoting the welfare of individual patients and the health of the public and to safeguarding their own and their colleagues’ well-being, physicians have an ethical responsibility to take appropriate measures to prevent the spread of infectious disease in health care settings. Conscientious participation in routine infection control practices, such as hand washing and respiratory precautions, is a basic expectation of the profession. In some situations, however, routine infection control is not sufficient to protect the interests of patients, the public, and fellow health care workers.”

In the context of a highly transmissible disease that poses significant medical risk for vulnerable patients or colleagues or threatens the availability of the health care workforce, particularly a disease that has potential to become epidemic or pandemic, and for which there is an available, safe, and effective vaccine, physicians should:

(a) Accept immunization absent a recognized medical, religious, or philosophic reason to not be immunized.

(b) Accept a decision of the medical staff leadership or health care institution, or other appropriate authority to adjust practice activities if not immunized (e.g., wear masks or refrain from direct patient care). It may be appropriate in some circumstances to inform patients about immunization status.”4 (own emphasis)

I researched Mr. Barry’s information for myself, and sure enough, his information was 100% correct, which I believe makes a complete mockery of the changing exemption laws throughout the U.S. Why should the members of the AMA, who are all medical professionals, have special treatment, especially if vaccinations are as safe and effective as they say they are?

Interestingly, First Freedoms were not the first to question the AMA’s blatant hypocrisy, because their actions were also questioned by the Nurses for Vaccine Safety Alliance (NFVSA) in 2015.

According to reports, several nurses were angry because their employment had been terminated for refusing the flu vaccine, while doctors who were employed by the same hospital, who were members of the AMA, were able to refuse the vaccine and keep their job.5,7

This was also highlighted in 2015 by Sallie O. Elkordy, who has been speaking out about the dangers of vaccinations for many years. Concerned about the fact that the U.S. government were pushing for mandatory flu vaccinations across America, she stated on film, that while the AMA was happy to recommend that all unions (which of course would include the National Union of Nurses), members of the AMA, which are also a union, were able to refuse the vaccination for themselves.6

I asked Ms. Elkordy if she had a final comment that she would like to add to this article. She stated that:

The AMA wants to protect its members from the very vaccine mandates it upholds for everyone else? That’s odd! Certainly not the first time they took this peculiar stance, but glaringly hypocritical. Let’s let the BABIES and CHILDREN absorb all those vaccine poisons so that our members have jobs when the unwitting parents turn to us to correct it.”

The message is clear: the AMA is free to protect its members from the dangers of vaccinations. And parents who live in U.S. states where the vaccine exemptions have been removed, do not have the same rights to protect their children. 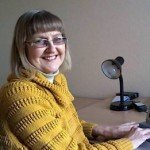 Christina was born and educated in London, U.K. She left school to work in a children’s library, specializing in storytelling and book buying. In 1978, Christina changed her career path to dedicate her time to caring for the elderly and was awarded the title of Care Giver of the Year in 1980 for her work with the elderly.After taking an A Level in Psychology and a BTEC in Learning Support, Ms. England spent many years researching vaccines and adverse reactions. She gained a Higher National Diploma in Journalism and Media Studies in 2010 and in 2016 she gained a BA Hons degree in Literature and Humanities. She currently writes on immunization safety and efficacy for VacTruth, Health Impact News, GreenMedInfo, The Liberty Beacon, Health Impact News, Vaccine Impact, and Medical Kidnap.She has co-authored the book, Shaken Baby Syndrome or Vaccine Induced Encephalitis – Are Parents Being Falsely Accused? with Dr. Harold Buttram and Vaccination Policy and the UK Government: The Untold Truth with Lucija Tomljenovic PhD, both of which are sold on Amazon.